Erik Skoglund Brought Out of Coma, Awake and Responsive

Swedish boxer Erik Skoglund is showing signs of recovery after being woken from his medically-induced coma, the fighter's promoters have confirmed.

Super middleweight Skoglund, 26, had been in "a serious yet stable condition" after surgery earlier this month having fallen ill at the end of a training session.

He last fought on September 16 when losing to Britain's Callum Smith in the World Boxing Super Series quarter-final contest in Liverpool.

"Erik Skoglund is awake and responsive having been brought out of his medically induced coma," Sauerland Promotion said in a statement on their website.

"With the swelling to his brain sufficiently reduced, doctors began the process of waking Erik last night and have so far been pleased with the results.

"He has shown a number of positive signs. He is now breathing on his own, with the help of a ventilator, and is responding to instructions.

"Although he remains in intensive care, the most critical and life threatening stages of his recovery are now behind him.

"Over the coming days, Erik will undergo a series of examinations, which will reveal what effect his injuries will have on his future.

"We would like to thank everyone for their continued messages of support, and ask that everyone continue to respect the privacy of Erik and his family during this time. Team Sauerland will provide a further update on Erik's condition when possible." 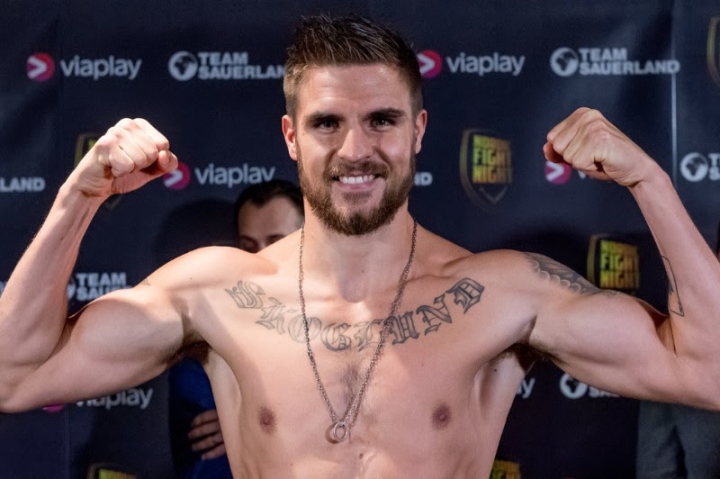 IN OTHER NEWS: MTV, India’s No. 1 youth brand will be bringing the second season of Super Fight League (SFL) to India. The SFL is the world’s first and only mixed martial arts (MMA) league promoted by British businessman and sports enthusiast Bill Dosanjh and British professional boxer and two-time world champion Amir Khan. With a vision to cement MMA’s position as a mainstream sport with mass appeal across  the global sports fraternity, MTV has acquired the exclusive broadcast and digital rights for MTV Super Fight League 2018 across India. MTV Super Fight League will be exclusively aired on MTV from February 2018 onwards.

Having accumulated over 100 million views in 5 years across 67 live televised events, SFL is ranked as the third biggest MMA brand in the world. MMA is the second most viewed sport in India after cricket and the fastest growing combat sport in the world. The franchise-based league that is being organized in association with the All-India Martial Arts Association (AIMMAA) will consist of 96 fighters spread across 8 teams all competing for prize money of INR 4 Crores.

Amir Khan, SFL’s Chairman & two-time boxing world champion said, “Once again the SFL is making history by being the first promotion to partner with MTV to broadcast a full season of exciting live sporting action.  We are India’s most exhilarating sports league and are confident that by partnering with MTV season 2 will be bigger and better in every way.  Get ready India... and be prepared to witness high octane action unlike anything you’ve seen before".

Bill Dosanjh, SFL’s CEO & Founder said, “MTV is the channel that resonates strongly with the youth of today and this association will help build the sport amongst the millennial generation and bring more participation from the youth. Having MTV as our broadcast partner will further augment our endeavour to reach the core population of India and make Super Fight League a household name in India. On the investment side, we have spent almost Rs. 250 crores in the last five years and we are looking to invest a further Rs. 200 crores over the next 3 years.”

Formed in 2012 by British-Indian entrepreneur and philanthropist, Bill Dosanjh with an intent to give Indian mixed martial artists a platform to compete and hone their talent in their country of origin whilst bringing in talented fighters from different parts of the world, SFL is a revolutionary approach to combat and was the first MMA organization to feature female fighters. MTV SFL 2018 will promote gender equality and through a fair and unique platform with women having the same influence on the team as men. Season 2 will consist of 16 live shows which will be broadcast over 6 weeks. The league will commence with the group stages where the eight teams will be split in to two groups.  Each team is comprised of six players (five male fighters and one female) competing across  six different weight categories. The teams within the group compete with each other in 12 league-level matches.

The second season of the leading MMA league will be conducted at MTV SFL Arena, Famous Studios, Mahalaxmi, Mumbai from February 9, 2018 to March 17, 2018.

[QUOTE=BattlingNelson;18351296]Actually I would expect proboxing to be banned again real soon.[/QUOTE] Fantastic news for Erik, but an unfortunate consequence for Swedish boxing. Producing good talent of recent years, another ban could halt the nations progress in the sport.

[QUOTE=BobLoblaw;18350556]I'm glad to hear he has woken and it shall be interesting to see what the reaction in Sweden is like. Given that the sport was banned from 1970 - 2006, this event could have political consequences.[/QUOTE] Actually I would…

[QUOTE=Tatabanya;18350035]Hope not. How could he do it after such an injury? His boxing career is over. Nick Blackwell did not understand this after he almost died against Chris Eubank Jr; he sparred again, and was hospitalized for the second time.[/QUOTE]…

That is great news to read.

I'm glad to hear he has woken and it shall be interesting to see what the reaction in Sweden is like. Given that the sport was banned from 1970 - 2006, this event could have political consequences.