Tickets for the event, promoted by Mayweather Promotions, TGB Promotions and Sampson Boxing, are on sale now and can be purchased at AXS.com. 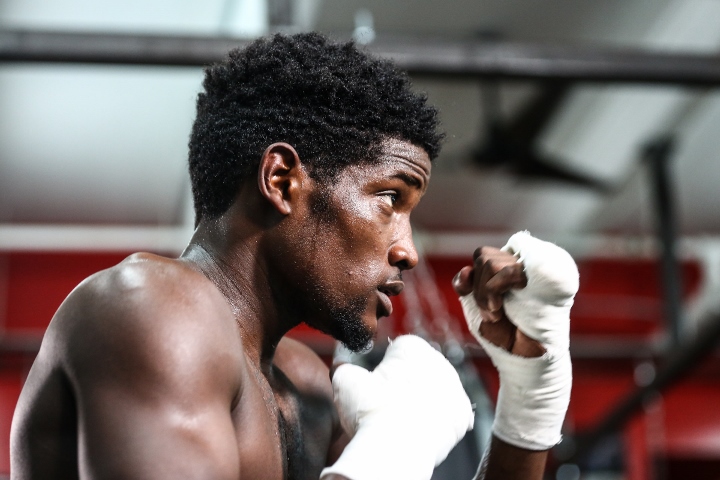 The 23-year-old Lubin (19-1, 14 KOs) returns to action after most recently stopping Silverio Ortiz last April in his first bout after losing his world title challenge against Jermell Charlo. Originally from Orlando, Florida, Lubin is now training in West Palm Beach with trainer Kevin Cunningham and will look to work back towards title contention in his first fight with Cunningham. Lubin was a top amateur who turned pro at 18-years-old and was both ESPN and The Ring's Prospect of the Year in 2016.

The first Las Vegas-born fighter to capture a world title, Smith (29-10, 12 KOs) continues to challenge top super welterweights and most recently lost decision to WBC champion Tony Harrison and top contender Julian Williams. Prior to that, Smith had picked up victories over Frank Galarza and Tommy Rainone, while also picking up victories over Randall Bailey and Cornelius Bundrage.

The undefeated Heraldez (15-0, 9 KOs) continued to rise up the rankings in 2018 with a decision victory over Kevin Watts and a stoppage of Maynard Allison. Representing Las Vegas, the 28-year-old scored a unanimous decision victory over then unbeaten prospect Jose Miguel Borrego in his first 10-round bout last August on the Mayweather vs. McGregor undercard.

Fighting out of Aurora, Illinois, Ramirez (17-2, 11 KOs) will return to action looking to bounce back from losses to former champions Argenis Mendez and Antonio DeMarco. The 26-year-old had previously picked up impressive victories over then unbeaten fighters Kevin Watts and Ryan Karl.

This makes no sense. It could be that they are afraid that Smith does his vet tricks and makes Lubin look bad here that they don't want it shown on the regular SHO telecast? I mean both JRock and Harrison…