Erickson "The Hammer" Lubin (22-1) and Terrell Gausha (21-1-1) were supposed to face each other on October 26th in a Showtime televised main event.

However, the two super welterweight title contenders didn't square off because Gausha suffered a hand injury in his training camp which caused him to pull out of the bout.  Lubin ended up defeating late replacement Nathaniel Gallimore via unanimous decision to close out his 2019 campaign at 3-0.

Gausha was on this week's edition of the PBC Podcast which is hosted by Kenneth Bouhairie and Michael Rosenthal and stated that he is still very intent on fighting Lubin and wants him to be his opponent in his next ring appearance. 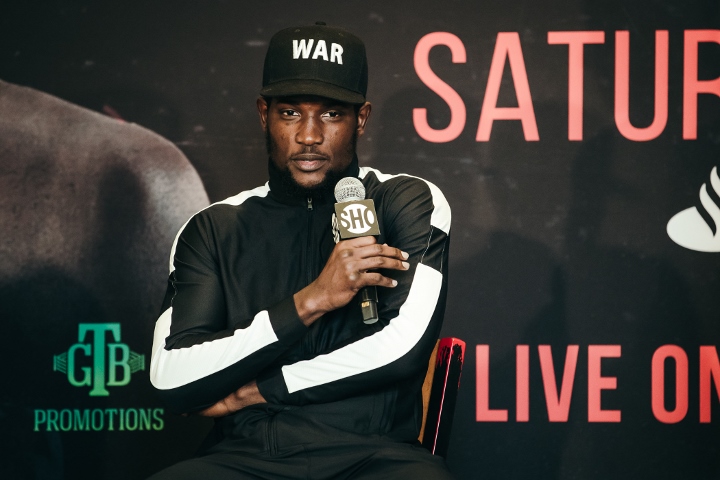 Boxing is just starting back up next week in the United States after being on hold since mid March because of the covid-19 pandemic.  Lubin and Gausha both fight under the Premier Boxing Champions banner and they are expected to begin broadcasting fight cards again in July.

Lubin's coach Kevin Cunningham is aware of Gausha's comments and said that not only do they have no problem facing the 2012 Olympian but that they also are willing to take that fight next.

"Terrell Gausha went on the PBC podcast and called out Lubin. When asked who he would like to fight next, Gausha said, 'Erickson Lubin is the only fight I want right now and I gotta teach him some respect.' Hammer told me in the gym today that he’s tired of going back and forth on Twitter with Terrell. He said if neither of the other top guys want to step up, 'I want to punish Gausha once and for all,'" Cunningham told BoxingScene.com.

"I think Terrell’s just as tough as any of the other top guys in the division. He has Manny Robles who is one of the best trainers in the game. This would be a stern test. We accept the challenge. Hopefully we can make it happen," said Cunningham.

Funny how some of these guys bark and bark on social media, then wind up fighting someone not even in the Top 10. I wish someone would give Lubin a title shot and beat his *ss once and for all…