The significant changes Efe Ajagba has made to his promising career are official.

Bob Arum’s Top Rank Inc. announced Wednesday that it has signed Ajagba to a promotional deal. Ajagba also confirmed in the announcement that he has changed trainers, from Ronnie Shields to Kay Koroma, and has hired prominent manager James Prince to represent him.

“I made this decision to become a better boxer and to advance my career,” Ajagba said. “That’s why I signed with James Prince and Top Rank. When I return to the ring soon, you will see a new Efe Ajagba. Kay Koroma and I are working on my head movement and defense, as I seek to become a more well-rounded fighter.” 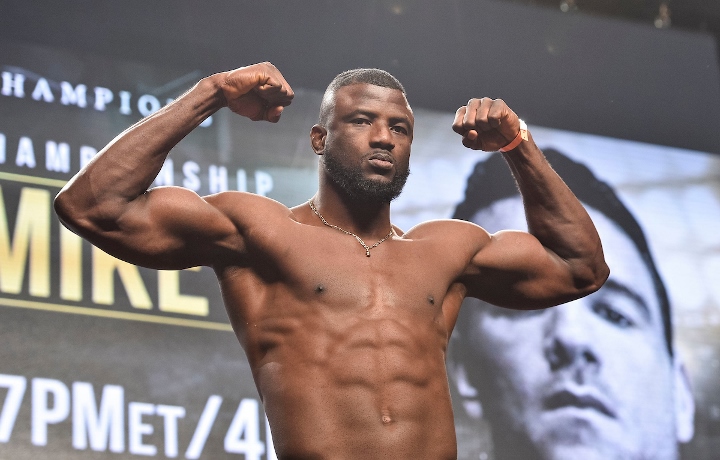 Prince and Ajagba announced on Instagram last month that they have teamed up. Ajagba didn’t mention then, though, that he would sign with Top Rank and change trainers.

The 6-feet-6, 240-pound Ajagba (13-0, 11 KOs), a 2016 Olympian for his native Nigeria, will make his Top Rank debut on an upcoming card to be determined either on ESPN or ESPN+, the network’s streaming service. Many of Ajagba’s bouts have been broadcast by FOX, FS1 and Showtime since he turned pro in July 2017.

“Efe Ajagba is one of the most gifted young heavyweights I’ve seen in quite some time,” Arum said. “He has immense physical tools and a great work ethic. I have the utmost confidence that we’re looking at a future heavyweight champion.”

The 26-year-old Ajagba’s power has made him a fan-friendly fighter over the past three years, but his defensive deficiencies have made him vulnerable at times.

Iago Kiladze dropped Ajagba in the third round of a fight FOX aired December 21 from Toyota Arena in Ontario, California. Ajagba, who had floored Kiladze during the second round, got up, regained control of their fight and knocked Kiladze to the canvas again in the fifth round.

Kiladze’s trainer threw in the towel late in the fifth round because the courageous Georgia native was taking a beating from the hard-hitting Ajagba. Referee Thomas Taylor stopped their bout at 2:09 of the fifth round.

The most noteworthy moment of Ajagba’s career came in August 2018, when Curtis Harper walked out of the ring just after the bell sounded to start their scheduled six-rounder at The Armory in Minneapolis. Harper, a huge underdog who reportedly was unhappy with his purse, was disqualified.

Ajagba stopped Romania’s Razvan Cojanu in the ninth round of his last fight, March 7 at Barclays Center in Brooklyn. Cojanu was knocked down during the eighth and ninth rounds before referee Ron Lipton ended their scheduled 10-rounder.

I think he has been making some small improvements but the glaring ones are still there - too upright, no head movement, not much boxing rhythm...and overall, I don't think the natural reflex is that great. That was the first…

[QUOTE=bigdunny1;20694584]I remember when people said Golden Boy would be nothing without Schaefer LMAO Golden Boy booted that snake out over half a decade ago. We now have a clear answer to who was more responsible for Golden Boy's success. Golden…

[QUOTE=Eff Pandas;20691343]Good pickup by TR. Efe is probably the most interesting US HW prospect right now. And for Efe it gets him closer to a Fury fight when he's ready for it a few yrs from now.[/QUOTE] Fury won’t be…

[QUOTE=sicko;20691455]Ronnie Shields saying he has a new Girlfriend that is controlling him now or something Still a fan of Efe will still tune in and watch his fights but a lot was invested in him for sure. Ronnie was talking…

[QUOTE=BlackR0bbb;20692271]I was thinking the same thing. Al took Floyd away from Bob, then Prince.[/QUOTE] No Prince first then Bob remember the gym incident.