Unbeaten heavyweight contender Efe Ajagba has created an entirely new team around him.

In recent weeks, Ajagba (13-0, 11 KOs) parted ways with manager Shelly Finkel and promoter Richard Schaefer of Ringstar Sports. In short order, he brought on James Prince in a managerial and advisory role and inked a pact with Top Rank. The 26-year-old former 2016 Nigerian Olympian also split with trainer Ronnie Shields and will now be coached by Kay Koroma.

The plan is for the new-look Ajagba to be featured in a Top Rank show by late September, Carl Moretti, Top Rank's vice president of operations, told BoxingScene.com in an interview.

“In today’s heavyweight world, if you have the record of Ajagba, you’re an attractable heavyweight to begin with,” said Moretti. “You can never have enough of them. He’s a little raw but I think he’s physically very strong. With each fight, he can be a better fighter. You can see that there’s a lot of room for improvement. We still need to see him against different styles and just get him active again, and then we can start targeting certain heavyweights. I don’t think there is anyone specific heavyweight we’re targeting. Given today’s heavyweight landscape, with a year of development, we should have him ready for title contention.” 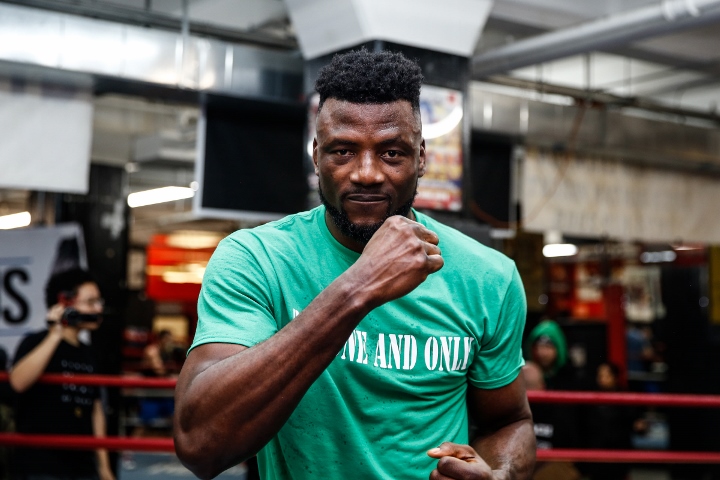 Bob Arum and company can kick the tires on Ajagba and match him up with the likes of game veterans like Rivas, Takam or Pulev in 2021 to figure out how seasoned their newly signed fighter is after his promotion debut, which likely would be on either Sept. 19 or Sept. 26 if Moretti’s plans don’t change.

In the WBC rankings released Monday, Ajabga is positioned as the division’s No. 14-ranked contender.

The 6-foot-6, 240-pound Ajaba is coming off a TKO win over Razvan Cojanu in March, his last fight before leaving PBC.

In December, Ajagba survived a wild slugfest against Iago Kiladze, picking himself off the canvas from a knockdown to score a fifth-round KO.

What ever happened to Rivas? He is also Top rank, righ? He lost to Whyte in close fight, but nothing to hear of him since than. I hope he comes back to world level fights.

[QUOTE=Oldskoolg;20715096]Al haymon in control on fox and showtime while prince is taking the reigns with ESPN talent.....looks like an American takeover that’s for sure but not the kind of takeover Edward and his minions foresaw[/QUOTE] Eddy took a girl off…

Not ready to step up yet. He is young and there is no rush with plenty to work on.

Ajagba - Dinu would be fireworks. Somebody wins with early KO.

Al haymon in control on fox and showtime while prince is taking the reigns with ESPN talent.....looks like an American takeover that’s for sure but not the kind of takeover Edward and his minions foresaw