Citizens Business Bank Arena, Ontario - In a battle of undefeated heavyweights, Efe Ajagba (7-0, 6 KOs) continued his path of destruction with a crushing first round knockout of Nick Jones (7-1, 5 KOs).

In his last appearance back in August, worldwide headlines were made when Ajagba's opponent, Curtis Harper, ditched the fight when the contest was set to begin.

Harper stepped in the ring, allowed himself to be announced to the live crowd, and then walked out of the ring and headed back to the dressing room. Harper was disqualified by the referee and his purse was withheld by the local commission. After the fight, Harper claimed that he was dissatisfied with his purse for the contest. 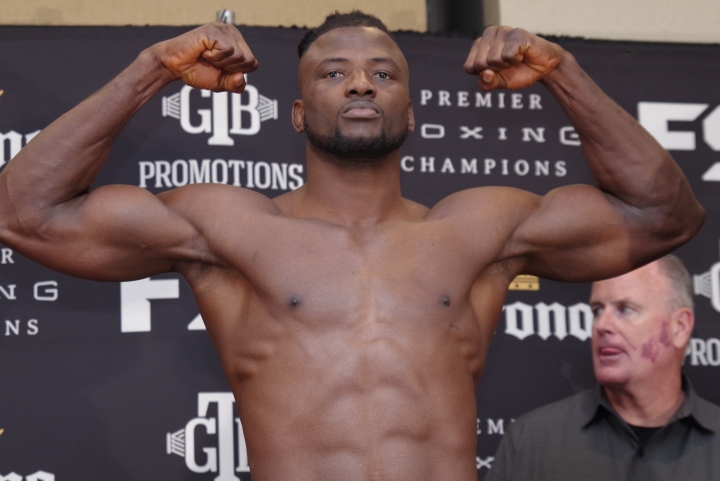 Jones quickly realized why Harper made his quick exit.

With an eight inch reach advantage, Ajagba was easily able to land his solid jab to the head and body from a good distance. Ajagba was blocking most of the counters coming back, and firing back some heavy blows.

Near the end of the first round, Ajabga landed a big right hand shot that sent Jones crashing down face first. He was barely able to make it up, but the contest was wisely waved off by the referee - and it appeared that a member of the local commission stepped in the ring to signal the end.

Fulton outboxed Meraz round after round, and dropped him with a hook to the body in the eight. Meraz was never in jeopardy of being stopped, but had no answers for the superior boxer in Fulton.

[QUOTE=The Westerner;19155320]daniel dubois vs efe ajagba, how does it end? boxing scene write something abt this, its important[/QUOTE] El Jefe Ajagba by KO. This kid Dubois still green.

match him with Joe Joyce let see who gets exposed

Ajagba Vs Dubois anyone? Neither seems to be able to fight at least a live dog at the moment; is that due to fear factor from other fighters or are their promoters not progressing them swiftly enough? Joyce has much…