THE promise of facing his compatriot Roman Golovashchenko in two months time is motivating Dmytro Kucher to leave nothing to chance when he challenges IBO cruiserweight champion Kevin Lerena at Emperor Palace in South Africa on Saturday night.

The 32-year-old Ukrainian made his intentions clear at the premedical of the fight at the fight venue on Tuesday.

He has been in South Africa for three weeks and is now raring to go. 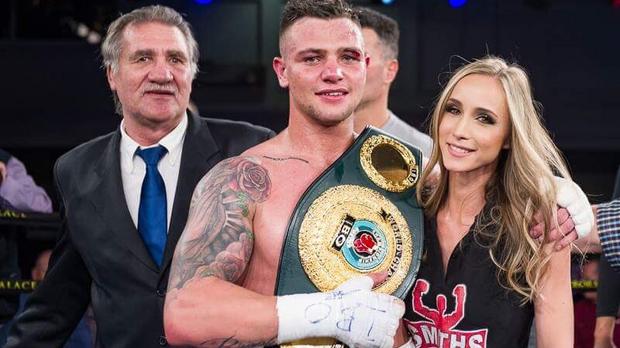 Kucher (24-2-1, 18 KOs) who has faced far better opposition than the champion vowed to leave the ring a winner and promised not to let the outcome be decided by the judges.

“I am here for one thing and one thing only and that is to take this title back home,” he said through an interpreter.

“I do now underestimate Lerena but I believe I have faced superior opposition than him and this will tell during the fight.”

Kucher who suffered one of his two losses to Ilunga Makabu -the second one was at the hands of German Marco Huck- is mindful of Lerena's previous bout when he was seen as very lucky to be awarded a points decision over Frenchman Youri Kalenga in September last year.

Kalenga has beaten every opposition put in front of him in 20 bouts having avenged his lone loss to compatriot Jonny Muller.

There is no doubt that he still a work in progress but his penchant to win makes him a live dog against any top cruiserweight boxer in the world.

But Kucher has not seen anything to scare him as yet especially after fight promoter Rodney Berman revealed that he had already secured a 26 April date against Golovashchenko in Azerbaijan.

Golovashchenko and Kucher are two of the myriad of boxers from the country which is renowned for churning out boxing talent in the world.

Ukraine is the land of current WBO and WBC cruiserweight champion Oleksandr Usyk who is rated as the best in the division.

The country which produced the dominant world heavyweight champions, Klitschko brothers-Vitali and Vladimir- is also the home of WBO junior lightweight champion Vasyl Lomachenko who is considered as the best pound for pound boxer in the world by some boxing critics.

The achievements of his compatriots is serving as a motivating factor for Kucher as he intends to catapult his name into the top four boxers in the world.

Despite his five losses and two draws in 25 bouts, Cruz has been shooting his mouth off, promising a knockout win against the unbeaten local who is yet to taste a loss in 12 fights.

The third attraction sees the smallest boxers Deejay Kriel and Xolisa Magusha duke it out for the SA and WBC silver min-flyweight titles.