Whyte is planning to fight on July 13th, in what would be the British boxer's first bout since last December, when he knocked out Dereck Chisora in their rematch.

Charr has been out of the ring since December of 2017, when he toppled Alexander Ustinov to pick up the WBA's secondary title. 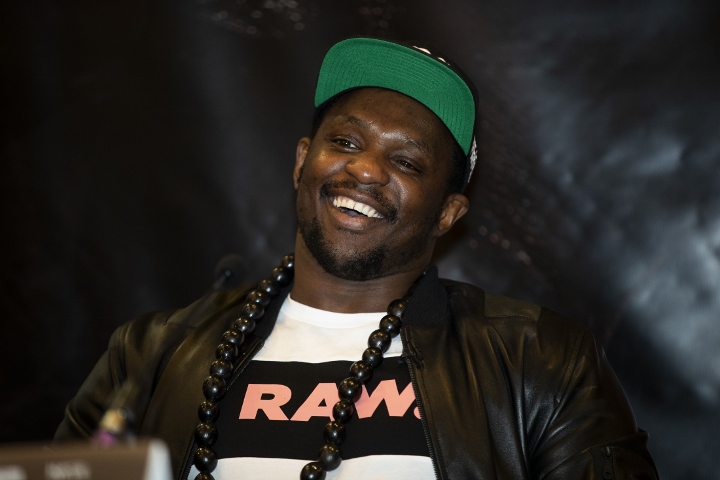 The WBA's super title at heavyweight is owned by Anthony Joshua, who also has the IBF, IBO, WBO world titles.

Whyte had expected to fight this month, but he was unable to reach an agreement with Joshua for a rematch.

For his July return, Whyte had targeted Charr - among others - for the date.

He was shocked to hear that Charr had rejected the opportunity.

"Manuel Charr said he’s not interested in fighting me because I’m ‘irrelevant’ but the guy is just a media whore. He hasn’t even got a proper belt – where is he ranked? I’m ranked number four in the world, where is he ranked? His best fight to date is getting stopped early by Vitali Klitschko. If anyone is irrelevant, it’s him. He’s fought one guy in two years – Alexander Ustinov – and 90 percent of people haven’t got a clue who that is," Whyte tells Talk Sport.

"He’s just out there looking for an excuse. He wants to fight Anthony Joshua, Tyson Fury, Deontay Wilder, get knocked out and just get paid. He’s just looking to sell his belt to the highest bidder. If Charr was serious about fighting people and he wants to fight Joshua, Fury or Wilder he should fight me, beat me, become number four in the world and then he’s in the position. We’ve offered him the fight and instead of being professional and negotiating, he’s taken to social media and is shouting his mouth off.

"Professional people who want to fight don’t behave like that. If you think I’m irrelevant, fight me and beat me. You’re a world champion, right? I can’t take him seriously. What a deluded guy."

Tough fights for him cant see him doing well in either

[QUOTE=P4Pdunny;19648046]Ortiz or Povetkin for me beat Whyte, so of course he aint going for those options. What's in it for him?[/QUOTE] He becomes mando to Wilder if beats Ortiz. Povetkin would be a decent scrap too, but he might have…

Ortiz or Povetkin for me beat Whyte, so of course he aint going for those options. What's in it for him?

Fighting Ortiz, Rivas, Parker or Kownacki helps their careers more than Whyte’s. He wants Carr because he has a WBA belt and Fury, Joshua, and Wilder are all tied up in fights. Whyte has no one to fight that gets…

I don't know why this guy is so afraid to fight Ortiz.O yea now I remember he would lose lol