Dierry Jean Back in Action in Montreal, Faces Ricky Sismundo

After a hiatus away from the ring, Dierry Jean returns to action tonight.

Jean will square off against Ricky Sismundo in a 10 round bout at Metropolis in Montreal, Quebec, Canada.

It will be Jean's first fight since October 24, when he was stopped in the 10th round round at the hands of Terence Crawford. 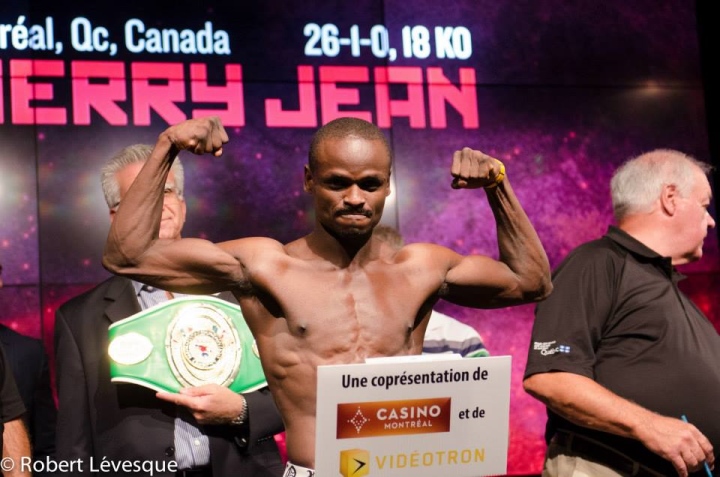 Jean (29-2, 20 KOs) had competed as a lightweight in recent years, but challenged Crawford his WBO 140-pound world title.

Originally from Haiti and now residing in Montreal, Jean was scheduled to return to the ring earlier this year. Those plans were scrapped in late December when he was admitted into a rehabilitation center for substance abuse after a recent relapse.

It was not the first time Jean had dealt with substance abuse issues. Jean reportedly battled substance abuse prior to his first loss as a pro in January of 2014: a 12 round unanimous decision loss to Lamont Peterson.

Jean looks to make another run at a world title belt, this time at 135 pounds.

Sismundo (30-9-2, 13 KOs) lost a hard-fought 10 round split decision to Jose Felix in his last bout o January 30 in Burbank, Calif. Some in attendance felt Felix did enough to defeat the lightweight contender from Mexico.

The loss to Felix snapped a five-bout unbeaten streak for the Sismundo, who is originally from The Philippines and now resides in Yokohama, Japan.