The telecast begins at 8 p.m. ET/5 p.m. PT and is headlined by former two-division world champion Devon Alexander "The Great" taking on exciting Ivan "El Terrible" Redkach in a 10-round battle.

PBC Prelims on FS2 and FOX Deportes begin at 6 p.m. ET/3 p.m. PT and will feature undefeated featherweight contender Jhack Tepora in a 10-round showdown against Jose Luis Gallegos. Plus, former world champion Marlon Tapales squares off against Roberto Castaneda in a 10-round super bantamweight fight. With Tepora and Tapales, the Prelims telecast will see two rising contenders from the Philippines. Tepora ia closing in on a world title opportunity, while Tapales is seeking a title in a second division. 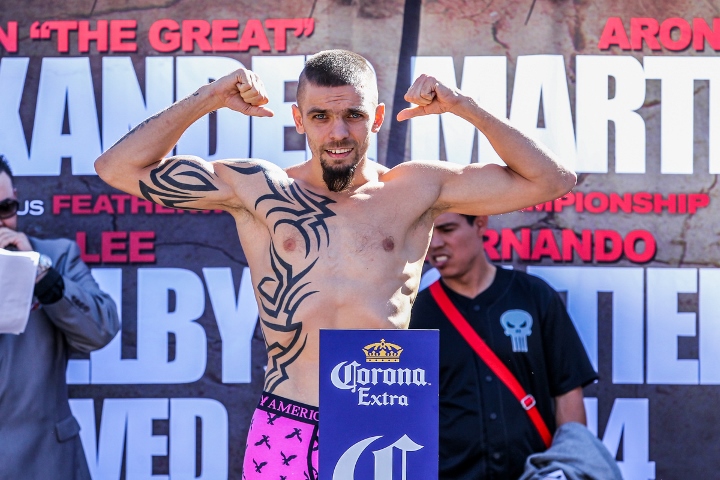 Tickets for the live event, which is promoted by TGB Promotions, are on sale now and can be purchased at the Soboba Box and Soboba.com.

Representing his home of Sapele, Nigeria, Ehwarieme (17-0, 16 KOs) was a 2008 Olympian who is unbeaten since turning pro in 2010. The 31-year-old has a 16-fight knockout streak heading into his U.S. debut, as he continues to seek a path to becoming the first Nigerian heavyweight champion since Samuel Peter. He will be opposed by Houston's Moore, (20-17-2, 9 KOs) who won his last two fights, including a decision victory in February over Brandon Spencer.

The 24-year-old Tepora (22-0, 17 KOs) most recently stopped Edivaldo Ortega in the ninth-round last July as he continued his climb up the featherweight ranks. Fighting out of Cebu City, Philippines, he is unbeaten since turning pro in 2012 and will make his U.S. debut on June 1. He takes on the 24-year-old Gallegos (16-6, 12 KOs), who was born in Chicago but now lives in Bakersfield, California. Gallegos had an 11-fight winning streak until losses in his last two bouts.

Representing Tubod, Lanao del Norte, Philippines, Tapales (32-2, 15 KOs) captured a bantamweight world title by knocking out Panya Uthok in the 11th round of a back and forth championship bout. The 27-year-old has since moved up in weight and most recently stopped Fernando Vargas Parra in his U.S. debut in February. He will face Castaneda (23-11-2, 16 KOs), who hails from Mexicali, Baja California, Mexico. The 27-year-old Castaneda is coming off a majority draw against Tyler McCreary in his last fight in March.

Dev has to win a fight like this lesser and smaller fighter. Roy can’t teach Spider-Man superhuman reflexes we will see how he teaches. Last drive for Devo