Davison: Fury is More Versatile, Much Quicker - He Beats Joshua

Ben Davison, the former trainer of WBC heavyweight world champion Tyson Fury, feels confident that his ex-student's versatility will be too much for WBO, WBA, IBF, IBO champion Anthony Joshua.

There is heavy talk of Fury and Joshua facing each other in 2021. 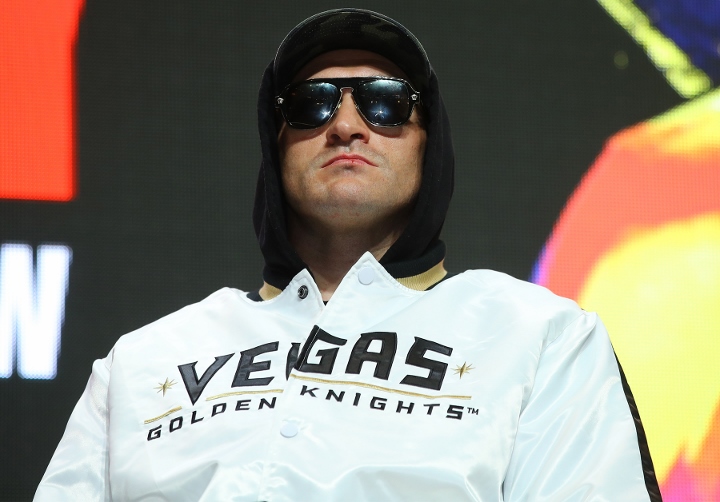 Fury, with Steward in his corner, stopped Deontay Wilder in seven rounds to capture the WBC title in February.

Next up is a trilogy fight with Wilder, targeted for a date of December 19th.

Joshua was stopped in seven rounds by Andy Ruiz in June 2019. He got revenge in December, when he made adjustments to stay at a distance and outbox Ruiz over twelve rounds to recapture his world titles.

“Before I looked at Joshua’s style as sort of an old cowboy gunslinger – whoever lands first, because he is a big man, who lets big shots go, but he is there to be hit back and is very predictable with his punch patterns," Davison told British Boxers TV.

“That was risky and what led to him getting hit by Ruiz, but in his rematch, he showed the ability to change things up, the adaptability impressed me because he is able to be more mobile if he needs to be.

“That’s one of the key things for Tyson too, he is so versatile if you make an adaption he can make one too and that’s how I see the first few rounds going, both guys will come out and take a look at each other and one could make adaption while the other could make an adaption. But, I just feel like Tyson will be able change things up more, he is more versatile and much quicker and that will be the reason why he wins the fight.”

Look forward to this one. All heavyweight fights are interesting

[QUOTE=The plunger man;20661580]its felcher and your a felchmonger....go read urban dictionary and type felcher in[/QUOTE] You sir are an expert. I thought dictionary was a sexual position

[QUOTE=Roberto Vasquez;20665004]You are trying to say that Fury would have KO's Wallin in a few rounds if he had been Kronk Fury? It's not really scientific evidence. I'm not a believer. Fury couldn't even KO most of the bums he…

[QUOTE=ShoulderRoll;20663820]The point is he wasn't Kronk Fury against Wallin. He was still with Ben Davison then. The difference is like night and day.[/QUOTE] You are trying to say that Fury would have KO's Wallin in a few rounds if he…