Cyborg Says Her Next Fight Might Be in Boxing, Eyes Braekhus

Cris Cyborg is regarded by many as an MMA legend who paved the way for women in mixed martial arts ... but her next fight, well it may take place in the sport of boxing.

TMZ Sports spoke to the 34-year-old Bellator featherweight champ -- the only fighter in history to hold titles in 4 major MMA promotions (UFC, Bellator, Strikeforce & Invicta FC) -- and when they asked her who she planned to face next, her answer was surprising.

"I'm training a lot in boxing now. I was thinking about maybe I do my next fight in boxing," Cyborg told TMZ. 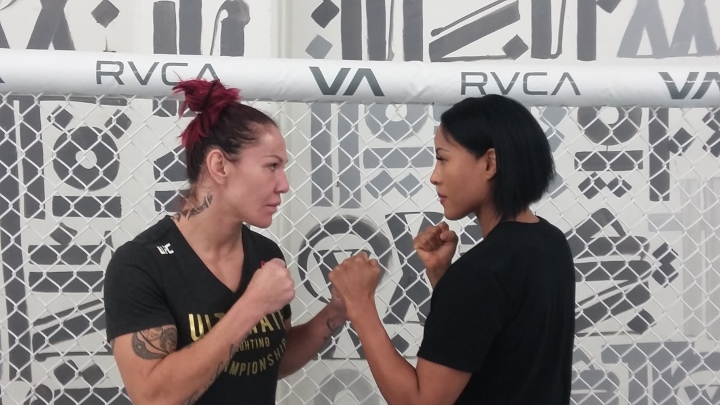 And she's not looking for an easy opponent.

"Me and Cecilia Braekhus always talk back and forth. But, you know, I'm training," Cyborg says. "I think everyone is gonna be a very good match for me. It's gonna be a great fight. I like to challenge myself. I never look for the easy way. I like to train hard, and make the best fight for my career, for my fans."

Last year, Cyborg signed a promotional deal with Bellator. And the head of Bellator, Scott Coker, has no issue with Cyborg taking part in a boxing match.

With last year's merger between Viacom and CBS, the opportunity for Cyborg to enter boxing has significantly increased.

Coker now reports to Showtime Sports President Stephen Espinoza, who runs all of the boxing content on the network. Braekhus is aligned with Eddie Hearn, who has an exclusive deal with streaming service DAZN.

Due to the ongoing coronavirus pandemic, both boxing and mixed martial arts are on the shelf until the green light is given to allow sporting events to resume - and that may not happen for several more months.

[QUOTE=TheMyspaceDayz;20498072]As usual, no one seems psyched about this. It’s why women’s boxing hasn’t gained any traction yet. Fans supported women in MMA 10 years ago and now those women are killing machines. Give female boxers the time and patience to…

In reality I am all board and support this fight. Cyborg practicing with Claressa Shields and doing the work Cyborg did in the pads and sparring is not bad. This fight have the potential to be make. :boxing:

[QUOTE=TheMyspaceDayz;20498072]As usual, no one seems psyched about this. It’s why women’s boxing hasn’t gained any traction yet. Fans supported women in MMA 10 years ago and now those women are killing machines. Give female boxers the time and patience to…

[QUOTE=Thunderstruck;20497873]There’s a video of her sparring with shields .She looks capable.[/QUOTE] hmmm I just took a look at it. made me change my mind. I am also used to thinking MMA moving to boxing in terms of the mens divisions.…