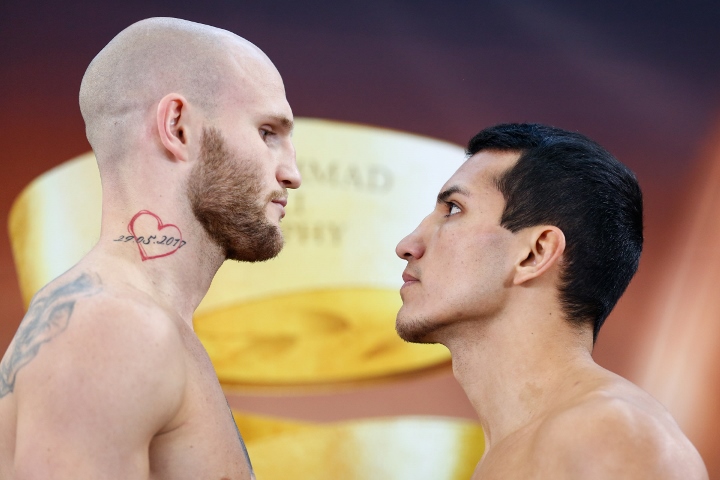 Culcay lost a second straight decision. Demetrius Andrade defeated him by split decision in his previous fight, a 12-rounder for the WBA world super welterweight title March 11 in Ludwigshafen, Germany.

“It was a close fight,” Culcay said. “Hard to tell, but I felt like I was winning. It was very close, but I really thought I was winning.

“I felt like I was strong. I thought I had hurt him, but this is boxing. I would love a rematch, but either way I will be back even stronger.”

Culcay cracked Sulecki with a left hook that staggered Sulecki late in the 10th round, but Sulecki was able to make it to the final bell.

Sulecki and Culcay connected with power punches throughout an entertaining, back-and-forth ninth round. Sulecki went down to one knee late in the ninth round, but referee David Fields ruled that it wasn’t a knockdown.

Culcay attacked Sulecki at the start of the seventh round and hurt him badly after landing several right hands. After starting the round at a blistering pace, Culcay slowed down to catch his breath, which helped Sulecki survive the trouble.

“It was a very tough fight and I had to be at my best,” Sulecki said. “I didn’t think he’d be quite as tough, but I wanted to fight him and I got him. … The seventh round was the toughest round for me. I got hit with a couple big shots, but I wanted a war. I was never going to let down.”

Powell, of Fort Mitchell, Alabama, improved to 5-0. Adams, of Oakland, California, slipped to 4-5-1.

Ajagba (2-0, 2 KOs), a 2016 Olympian, dropped Lyons twice within a 35-second span on his way to a first-round technical knockout. Lyons (5-1, 2 KOs), of Ashland, Kentucky, got up both times, but referee Harvey Dock determined he shouldn’t continue and stopped their scheduled six-rounder 2:19 into the first round.