Crawford on Spence Fight: If It Ain't 60/40 In My Favor Fight Won't Happen

The welterweight titleholder from Nebraska expressed his dismay with Spence, who recently stated that he believed he deserves a larger portion of the promotional purse, 60/40, in a potential fight. Spence, citing his pay-per-view numbers and the attendance he drew in his fights, believes he has the greater commercial profile, thus he deserves a bigger piece of the pie.

“I definitely should get the bigger share…the proof is in the pudding who’s the bigger draw,” Spence told The Athletic. “He’s a great fighter, but I feel like 60/40, that’s the right price.” 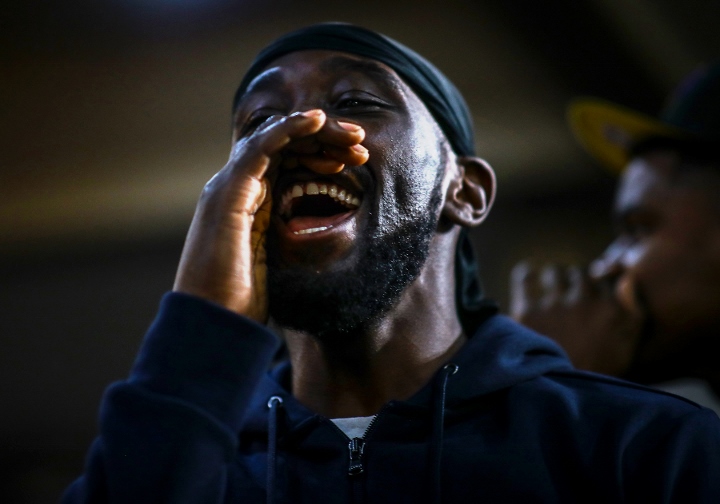 If that is the case, according to Crawford, the most anticipated fight in boxing is an automatic nonstarter.

“That fight not gonna happen because he already talking that 60//40 deal and if it ain’t 60/40 in my favor then that fight is not going to happen. Period.” Crawford told FightHype.com. “I accomplished way more than he did in his little career.”

The 33-year-old Crawford (37-0, 28 KOs) admitted that his desire for a Spence fight has waned over the years. In fact, he says, he is downright blasé about it. Crawford is coming off a fourth-round stoppage of Kell Brook last Saturday.

“I don’t really care if that fight don’t happen anymore.” Crawford said. “I used to be all up on that fight but the way things been going these last couple of years it just rubbed off on me. I don’t care about it anymore. If we fight we fight, if we don’t we don’t.”

Spence (26-0, 21 KOs) is scheduled to go up against Danny Garcia on Fox pay-per-view on Dec. 5 at the AT&T Stadium in Arlington, Texas. This will be the third straight time Spence has headlined a pay-per-view card; previous outings involved Mikey Garcia and Shawn Porter, both in 2019.

Crawford, on the other hand, has appeared on pay-per-view twice (first against Viktor Postol, then Amir Khan), but both were regarded as box office busts. His promoter, Bob Arum of Top Rank Inc., admitted as much at the time and recently, moreover, made headlines for grousing about the amount of money he has lost on Crawford over the years.

But for Crawford, the question of a purse split should depend more on, say, in-ring achievements across multiple weight classes and…pound-for-pound rankings; Crawford has won titles in three divisions, while Spence has been a welterweight his entire career.

“What has Spence accomplished in his career that I haven’t, or more?” Crawford said. “What has he accomplished. That’s why I’m considered the number one pound-for-pound fighter in the world because all of my accolades speak for itself.”

“I can’t complain,” a resigned Crawford added. “Of course I want the big fights but like I said I’m cool. I’m making good money. I’m fighting good names, the names that are good enough to fight. I know everyone wants me to fight the likes of Danny Garcia, Keith Thurman, Errol Spence, and Shawn Porter, those fights ain’t happened yet so I gotta fight the next best opponents to fight.”

No Spence is the star here he did the bigger fights

[QUOTE=Ray*;20898898]Unfortunately we have seen this type of issues before, we should just forget about this fight. We had Wilder saying the same s hit when he had one belt, zero PPV sales under his name and biggest purse was 2.1m…

If both fighters really wanted the fight, they will see reason and come to terms, if one or both dont really want it they can just talk this percentage talk till the ends of time, the free negotiating nature of…

[QUOTE=revelated;20900504]Here's the problem. Your posturing has to be realistic. Claressa Shields would have performed better than what we saw from Brook. But if Crawford had beaten Claressa, would anyone realistically accept that he should get the greater split? No. Equal?…

Also to add 40/40. With 20% for winner would be fair other than that if u cant sale even tickets except in nebraska then u aint fought a live body or top 10 in division then no way in hell…