Lincoln, Nebraska - Former heavyweight title challenger Bryant Jennings (20-2) returned to the ring with a TKO victory over Daniel Martz (15-4-1).  The fight was Jennings' Top Rank debut after a two and a half year layoff.  Jennings started off fast while Martz was already fading in the first round.  Martz went down three times in the second with the referee waiving the bout off after the third knockdown.  A combination of punches sent Martz to the canvas for the final time at the 2:18 mark of the second round.

In the first bout of the evening, heavyweight contender Dillian Whyte (21-1) entered the ring for the first time since his December victory over Dereck Chisora that was a 2016 Fight of the Year candidate. The Matchroom promoted fighter won his first fight on US soil, stopping Malcolm Tann (24-6) in 3 rounds. A right left two-punch combination to the body sent Tann down for a fourth and final time. The official time of the stoppage was 2:36. 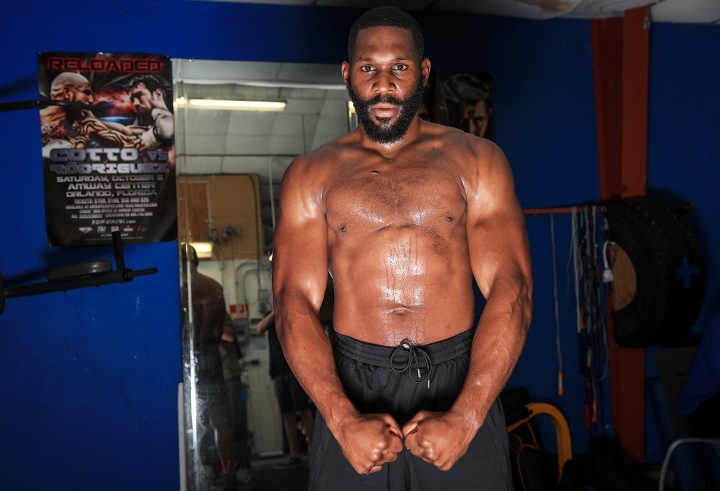 whyte and jennings obviously should have fought each other. what was the point of it??

Don't tell me we're going to have to sit through this baseball bull**** and miss the light heavy fight.

The 1rst fight is in front of nobody also

[QUOTE=BigZ44;17962624]Good to see Whyte break through with the American audience fighting in front of 40 rednecks in Nebraska[/QUOTE] Who cares about either of those fights. Absolutely terrible fights for both of them.