They were scheduled to fight on Feb. 25 in Frisco, Texas, but Kirkland withdrew last Thursday with a claimed fracture of his nose from training camp. As a result, the entire HBO Pay-Per-View card was canceled.

"I have not seen [any medical documents]," said Cotto to Jose Torries. "I understand that when someone claims to have a fracture, that has to be accompanied by some kind of medical certification. If they were [had the documents], they would show it right away." 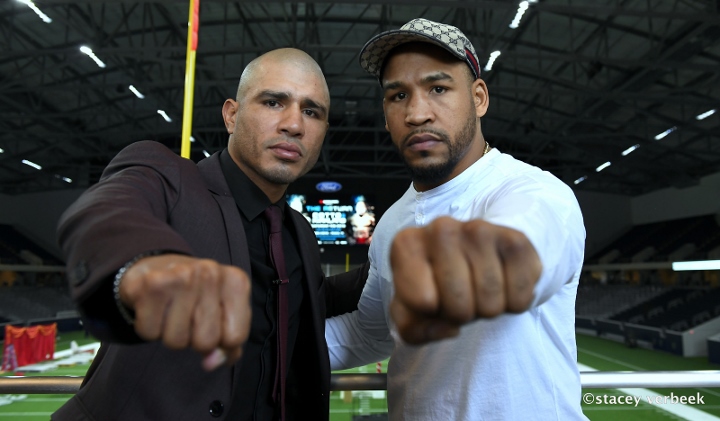 Kirkland does have a history with controversial withdrawals. In 2012, he signed a contract to fight Saul "Canelo" Alvarez in September of that year as part of a Showtime Pay-Per-View headliner. He withdrew the following day and claimed a shoulder injury, and then a few days later said the injury would go away if he was paid more money. He eventually face Canelo in 2015 and as knocked out in three rounds.

Cotto (40-5 and 33 KOs), inactive since November 2015 when he lost a decision to Canelo, is back in Puerto Rico for the time being. He was training for five weeks in Los Angeles with Freddie Roach at the Wild Card Boxing Club.

He's waiting for his promoter Roc Nation Sports to give him a new date.

"That's the reason we went back to Puerto Rico," Cotto said. "We had to stop the camp so we did not overtrain ourselves. And also to give the promoters time to start working again [to set a new date]. I''m going to stay here until we have a contract signed with date and place. I'm waiting."

[QUOTE=rrayvez;17413525]coward? Opponents faced - mosley, Margarito, pac, Floyd, martinez, Canelo.[/QUOTE] Yea . . . but Mosley was on the slide, Margarito was missing a testicle, Pacquiao was only 4'8" at the time, Floyd bet on himself to lose, Martinez had…

Tough sh*t pal. You're the one who cherrypicked a ruined fighter.

[QUOTE=larry x..;17412950]Cotto no one cares...no one wanted to see that damn fight at all[/QUOTE] :lol1: I came in to the thread literally to post this, almost verbatim!