Even without its original main event, the show goes on at Wembley.

Conor ‘The Destroyer’ Benn and Sebastian Formella both made weight for their scheduled 12-round welterweight clash, which takes place Saturday evening from Wembley’s SSE Arena in London, England. 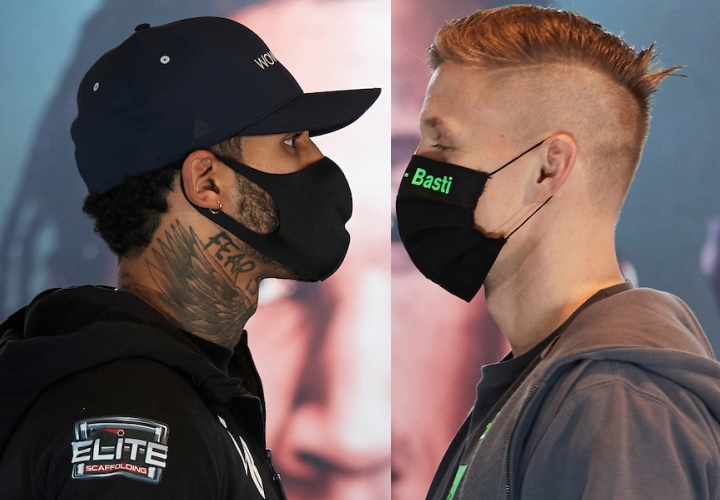 Their regional title fight tops a five-fight telecast airing live on Sky Sports in the United Kingdom and DAZN in the United States. The bout was bumped up to headlining status earlier this month after a positive COVID-19 test produced by Russia’s Alexander Povetkin killed plans for his anticipated rematch with Brixton’s Dillian Whyte.

Benn fights for the first time in 2020, having last appeared in a 4th round stoppage of Steve Jamoye last October at The O2. The second-generation boxer from Ilford, England is the son of Nigel Benn, the wildly popular former two division titlist and an integral part of the U.K. boxing scene in the 1990s. The 24-year old Benn has emerged as a promising welterweight prospect, stepping up in class for Saturday’s contest.

Formella manages to squeeze in a third fight in a 2020 otherwise ravaged by the ongoing coronavirus pandemic. The 33-year old German welterweight began the year in his hometown, scoring a 12-round decision win over Roberto Arriaza in January. His days as an unbeaten contender came to a close in his last ring appearance, when he landed well short in a lopsided points loss to former two-time welterweight titlist Shawn Porter in his U.S. debut this past August in Los Angeles.

Saturday’s contest will place Formella in his third country in as many fights on the year.