Christian Hammer, 24-5, knocked out Michael Wallisch, 19-1, in a fight for the WBO European heavyweight title.

Wallisch has for a long time been a "prospect" and been with many, if not all, German promoters - but always had his career cut short by injuries, problems with law or other problems.

In this fight he was for the first time in against an experienced, tough opponent and came up short.

Hammer dominated the fight that first appeared to have ended in the fourth after an accidental clash of heads. Wallisch seemed to overplay the incident and referee Frank-Michael Maas in fact seemed to have stopped it but after a long break the fight continued.

The writing was on the wall though with the tiring Wallisch taking a beating with Hammer patiently stalking his opponent.

In the fifth, Hammer broke out of a clinch with Wallisch bent over and Christian nailed Wallisch with a solid right - and Wallisch once again seemed to overplay the incident, but sat down against the ropes apparently tired and worn out and was counted out. The time was 2.18. 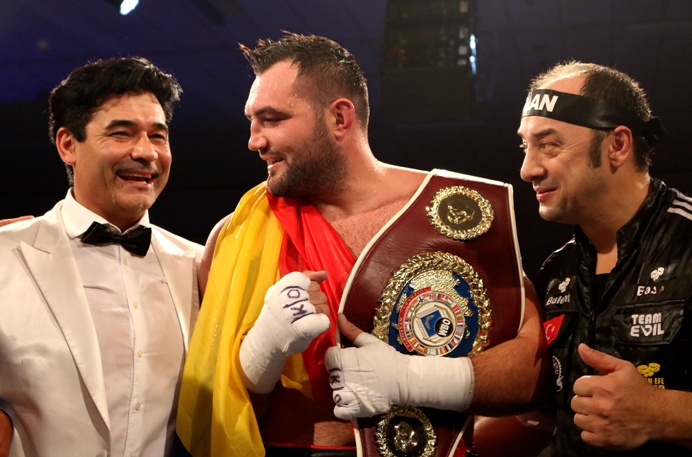 [QUOTE=Mammoth;19357802]Lol yeah.... UD[/QUOTE] Wow, barring getting a rematch and winning, Murat is probably done and I thought he might have been close to getting another title shot