Chisora will look to derail Usyk's heavyweight run on Saturday night, when they collide at the SSE Arena in Wembley.

Usyk made his heavyweight debut last year, but he wasn't exactly spectacular with his stoppage win of late replacement Chazz Witherspoon. 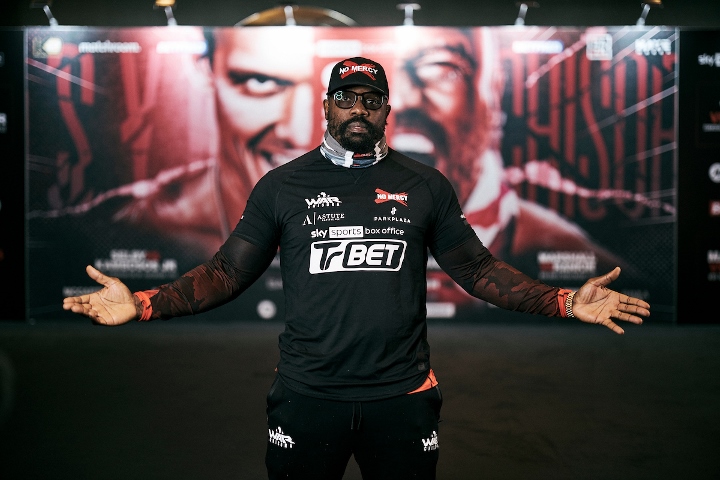 At heavyweight, Usyk was physically bigger. He was not the rapid fast fighter that many saw at 200-pounds.

Should Usyk win, he plans to force a mandatory fight with Joshua, who first has to beat the IBF's top challenger Kubrat Pulev on December 12.

But Chisora has the same idea. He wants to knock off Usyk in order to secure a direct line to a fight with Joshua.

To get the job done, Chisora plans to make it a very physically fight from the opening bell.

"He has to fight my fight, that's all I can say,"Chisora told Sky Sports. "I can't fight his fight, I'm going to bring him down to the trenches.

"I'm cranking up the heat from round one to whenever the fight stops."

Chisora has 7-8 rounds to stop usyk. After that usyk will tire him and stop him lately.

[QUOTE=Rick Taylor;20846212]is that you chisora? 😄[/QUOTE] I’m telling you I won’t be surprised if chisora wins. This is a test for usyk. It will be interesting to see if he can handle chisora punches.

Del Boy is not one for upsetting the apple cart. He loses to every quality guy he fights. To say Syk is not quality is to be a non fan of his. Add another L to the resume.

We all know this fight was made with the expectation that Usyk would prevail. But, if Chisora is in shape, it might become a cherrypick gone horribly wrong. Usyk had best pack a lunch cuz this could be an all…

[QUOTE=Patsfan bri;20845042]Sounds like I’m only the guy on this board who can see the upset happening.[/QUOTE] is that you chisora? 😄