Canelo's Promoter: Jacobs, Golovkin Have To Get in Line

Golden Boy Promotions President Eric Gomez, who guides the career of Mexican superstar Saul "Canelo" Alvarez, has made it clear that his boxer will not be pressured into facing anyone. 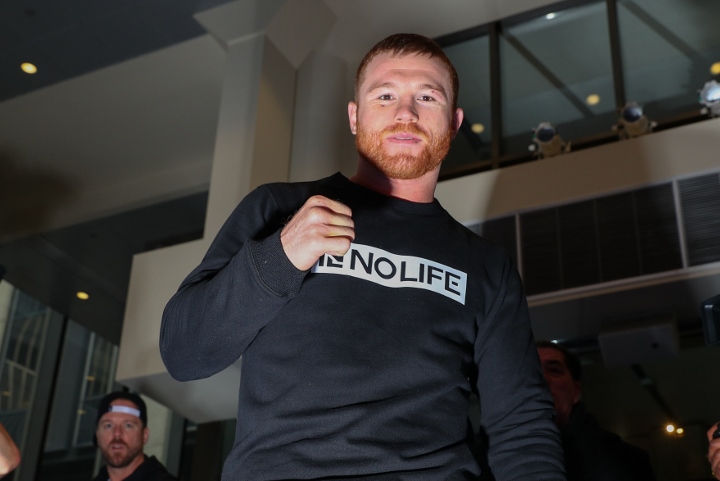 The contest will be the first of a recently finalized 11 fight deal with streaming service DAZN.

Gomez indicates that his company will not milk the agreement by staging easy fights.

“Not at all,”  Gomez told Boxing News. “What people don’t know is we had a similar deal with HBO and he had a guaranteed amount of purses for his HBO fights. The money just went up now. Now he’s got even more an incentive to prove to the world that’s he’s the number one guy.

“Canelo, look at his record, he’s always wanted to fight the best. He wants to make history. Obviously the money’s great. It’s secondary when you’re chasing history. That’s what he’s doing, he wants to chase history.

Canelo is planning to return to the middleweight division in May, when he returns to the ring for Cinco De Mayo weekend.

Jacobs believes Canelo should absolutely face him on the date.

“He [Canelo] has got all sorts of options. Danny Jacobs is going to have to get in line. Everybody’s calling him out,” Gomez said.

And of course Golovkin wants a third fight, also on that date.

"24 great rounds. He beat him far and square, boxed incredibly in both fights. He beat him. There’s nothing else to do there,” Gomez said.

[QUOTE=Mexican_Puppet;19365528]And Duran struggled with Buchanan, De Jesus and Viruet, and? Ford and Cowdell were too good fighters, and Castillo too, he was a great fighter. But Sanchez won those fights no doubt about that. Fu.ck, Sanchez was near to K.O…

What's Canelo to do, so many desperate boxers DESPERATE. Fight yourselves and spit out a winner for Canelo in September.

[QUOTE=chrisJS;19365480]You said Rodriguez as in Luis Rodriguez and you know you did. Just like when you tried to claim Gomez was getting favorable treatment from the WBO despite the fact they didn’t even exist when he fought or when you…

[QUOTE=Mexican_Puppet;19365475]Rodrigo Valdez, dude...[/QUOTE] You said Rodriguez as in Luis Rodriguez and you know you did. Just like when you tried to claim Gomez was getting favorable treatment from the WBO despite the fact they didn’t even exist when he fought…

[QUOTE=chrisJS;19365443]At least I didn’t try and pretend I saw Carlos Monzon fight Luis Rodriguez LOL. Why did you say that? Why also would it be bad to struggle with a fighter like Rodriguez?[/QUOTE] Rodrigo Valdez, dude...