The Nevada State Athletic Commission announced the officials for the Canelo Alvarez-Gennady Golovkin fight at its meeting Monday morning in Las Vegas.

There is concern among some factions of boxing fans and media that if this high-profile fight goes the distance, Golovkin will have a difficult time winning a decision over Alvarez in Las Vegas. Those concerns stem from Alvarez winning at least one controversial decision there – a 12-round, split-decision victory over Erislandy Lara in July 2014 – and the unfortunate fact that he was awarded a draw by one judge – since-suspended C.J. Ross – in his one-sided, majority decision defeat to Floyd Mayweather Jr. in September 2013. 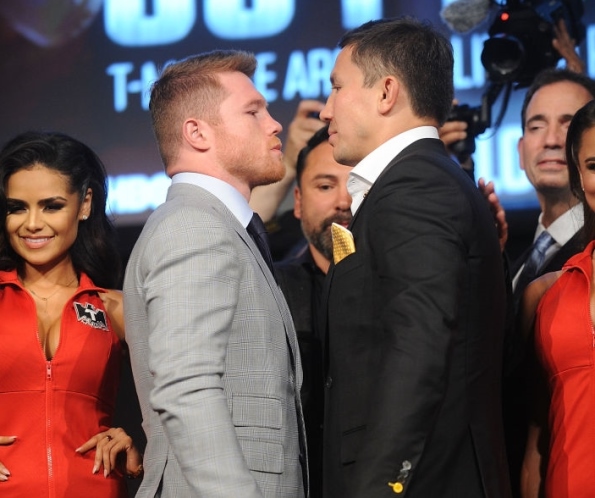 Byrd and Moretti most recently scored Alvarez’s dominant 12-round victory over Mexican rival Julio Cesar Chavez Jr. by the same score, 120-108, on May 6 at T-Mobile Arena in Las Vegas.

Byrd previously scored the first five rounds of Alvarez’s sixth-round knockout against England’s Amir Khan by the score of 48-47 in favor of Khan. She was the only judge that had Khan ahead of Alvarez before the knockout, as Glenn Trowbridge (49-46) and Glenn Feldman (48-47) had Alvarez in front through five rounds.

[QUOTE=OmarRueben;18126804]Look around son, walk the suburbs and the nice neighborhoods of America. It's all white. That is all that matters.[/QUOTE] you are on the wrong forum... google kkk and join them, if you havent yet..

[QUOTE=NC Uppercut;18036172]I hate that Adaladie Byrd is a judge for this fight. She is nothing more than Robert Byrd's wife, so she seems to get these high profile fights, even though she is incompetent[/QUOTE] Adalaide Byrd should not be a…

[QUOTE=OmarRueben;18126804]Look around son, walk the suburbs and the nice neighborhoods of America. It's all white. That is all that matters.[/QUOTE] Shame on you.

[QUOTE=j.razor;18126060]SMMFH.....You are lost in this world buddy.....Peace![/QUOTE] Look around son, walk the suburbs and the nice neighborhoods of America. It's all white. That is all that matters.

[QUOTE=OmarRueben;18063611]son, a few entertainers and athletes make some great money but the rest of the mix is dirt poor and broke or scraping by or mooching off welfare. The white who actually work and pay taxes support all pro sports…