MIAMI – Day one of the long-awaited trial between All-Star Boxing, Inc. and the tag team of Saul ‘Canelo’ Alvarez and Golden Boy Promotions presented a sobering dose of reality to all involved in the case – including those on hand either to report on or observe the proceedings.

A day largely spent wading through a pool of 75 potential jurors with the Honorable Migna Sanchez-Llorens presiding began with a noted touch of irony – a company named All-Star Boxing going up against two of boxing’s biggest all-stars in the 21st century in Alvarez and Hall-of-Fame boxer-turned-promoter Oscar de la Hoya.

However, it was clear upon their arrival that Alvarez and the staff of Golden Boy – including de la Hoya, Golden Boy VP Eric Gomez and other key company members - weren’t on hand to flex their celebrity muscle or simply throw money at the problem. After briefly working the room among those who immediately recognized the all-too familiar faces prior to the start of the session, the Golden Boy team deferred all work – and comments – to lead counsel Michael Olin.

The heart of the case stems from allegations made by Felix “Tutico” Zabala Jr. – who runs the All-Star Boxing company founded by his ailing Hall-of-Fame father, Felix Sr. – of Golden Boy Promotions unlawfully acquiring the services of Alvarez while still under contract with the Florida-based promotional company. All-Star Boxing – whose legal team is guided by lead counsel Alejandro “Alex” Brito – is seeking a verdict in its favor along with compensatory and punitive damages on counts of breach of contract and unjust enrichment against Alvarez, as well as tortious interference against Golden Boy Promotions.

“It’s not about money, it’s never been about that,” Zabala Jr. insisted to BoxingScene.com. “We want to set a precedent here, a lesson to be learned that you have to honor your contract once you enter a legally binding agreement.”

Prospective jurors were given relatable scenarios as the two legal teams went to work in narrowing down its choices to serve on a trial that figures to last at least through the second week of June. Both sides are up against a short week, with court dates set for Tuesday and Wednesday. There will not be a court session on Thursday, while just a half-day of legal proceedings are in store for the Dade County circuit on Friday heading into the Memorial Day weekend.

After more than five years-worth of delays, what’s a few more days?

“It's been very frustrating seeing this case delayed over the years,” Alejandro Brito, lead counsel for All-Star Boxing admitted to BoxingScene.com of the five-year wait. “We’d have a date, only to have to wait because he was in training for a fight, then planning for a next fight.

“Now that he doesn’t have a fight coming up, we are confident of there not being any more delays (in the case).”

The case stems from charges filed in January ’11 by All-Star Boxing’s Felix ‘Tutico’ Zabala Jr., through his legal team, shortly before Alvarez was due to face Matthew Hatton for a vacant super lightweight title.

Alvarez was first signed by All-Star Boxing in September ’08, at age 18 and already three years into his pro career. The two sides were introduced by Rafael Mendoza, Alvarez’ manager who was also a promoter in Mexico at the time. Ironically, Alvarez’ first fight under a reported four-year contract with All-Star Boxing came on a show promoted by Golden Boy Promotions, when he defeated Larry Mosley in Oct. ’08.

It was good times for the next 13 or so months, with Alvarez and All-Star Boxing working together on nine fights before Zabala’s company was suddenly left in the dust. 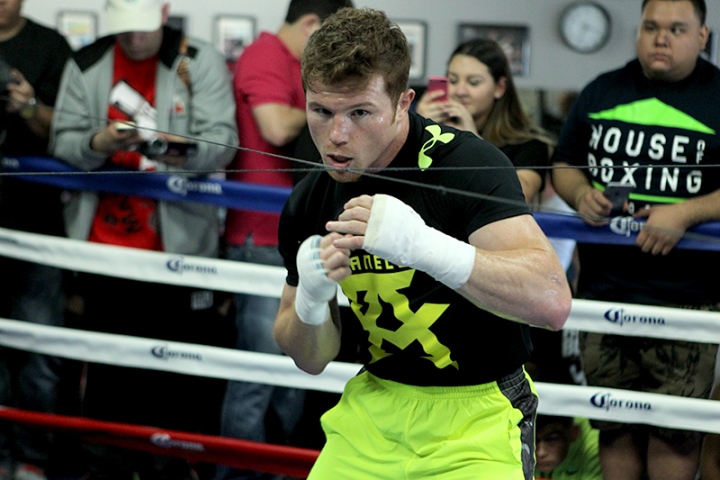 The case that All-Star Boxing contends to make is that there existed nearly three more years on the contract between promoter and boxer. That time was instead spent by Alvarez being developed both in Mexico and on prominent stateside shows presented by Golden Boy.

Eighteen fights, three titles, more than six years and hundreds of millions of dollars later, the now 25-year old boxer has emerged as the face the sport, particularly in the wake of the recent retirements of Floyd Mayweather and Manny Pacquiao.

The question to be answered over the next three or so weeks, is whether or not the contract under which he operated is legally binding.

All-Star Boxing first filed charges in January ’11, prior to Alvarez’ first career title fight versus Matthew Hatton later that March. At the time, it was dismissed as a publicity stunt, an attempt by a smaller promoter looking to cash in on a major headline and go after a rising star in the sport.

Five years of delaying the case has indicated two things: one, that All-Star Boxing had no intention of going away quietly; and two, that Alvarez and the Golden Boy family are not at all taking this case for granted.

The main issue – especially on Alvarez’ end – was his inability to commit to an extended stay on location due to his demands for lengthy training camps and proper post-fight recovery time. At no point was it ever simply a matter of cutting a check and hoping to make the problem go away; rather than he and his team wanted to devote their undivided attention to the details of the case and not leave anything to chance.

His requests made its way to more than one sympathetic ear, with delays granted while he was permitted to further his boxing brand. The star power was already evident by the time he entered his April ’13 title unification clash with Austin Trout back when both were unbeaten and atop the super welterweight division.

Alvarez went on to win a unanimous decision in a fight that – at the time – proved to be a ratings score with American cable giant Showtime, whose network family he joined after nearly three years being developed as an attraction on HBO.

One fight later, he landed in what at the time was the most lucrative event in boxing history. It also resulted in the lone loss of Alvarez’ career, a 12-round decision defeat to Mayweather.

Five wins have followed, including successful “smaller budget” Pay-Per-View-headlining nods over Alfredo Angulo in 2014 before returning back to HBO, signing what de la Hoya described as a “historic contract that will keep him” on the network “for the rest of his career.”

Alvarez’ lone fight on HBO’s flaghship network was a major score at the box-office and with home viewers. A highlight reel 3rd round knockout of James Kirkland played to 30,000 in attendance at Minute Maid Park in Houston, Texas. The event was viewed by more than 2 million home subscribers, making it the most watched cable TV fight since 2006.

His star power has spilled over into a pair of PPV headliners, including his becoming the first-ever boxer from Mexico to capture the World (lineal) middleweight championship. That feat came last November, topping Miguel Cotto in a well-earned unanimous decision in a PPV event that – BoxingScene.com recently learned – has risen from its originally announced tally of 900,000 units sold to just north of 930,000 buys.

The modified total puts the gross PPV sales at more than $60 million.

Alvarez’ recent 6th round knockout of Amir Khan earlier this month topped a PPV whose final numbers are still being sorted. The event helped christen the newly erected T-Mobile Arena in Las Vegas, pulling in $7.4 million worth of ticket sales.

He has since been ordered to face former mandatory challenger Gennady Golovkin. Former – because Alvarez instead chose to vacate his World Boxing Council (WBC) title, not for fear of facing the unbeaten knockout artist from Kazakhstan but because he and the Golden Boy team made a promise to Golovkin and K2 Promotions that he would not hold the title ransom should negotiations not wrap up in a timely fashion.

The intention is to continue talks for such a fight, which – if it happens next – would land September 17, likely at AT&T Stadium, home to the National Football League (NFL) Dallas Cowboys in Arlington, Texas.

Should All-Star Boxing gain the ruling it seeks, any such contract between Alvarez and Golden Boy would be considered null and void, which effectively terminates any remaining agreements in place.

Given that, it’s understandable that talks for a Golovkin take a backseat to such legal proceedings. It’s not a fight that Alvarez or Golden Boy fears, nor is the courtroom battle with All-Star Boxing that is presently under way.

“We look forward to clearly demonstrating that this case has no merit,” Golden Boy spokesperson Stefan Friedman told BoxingScene.com on Monday evening. “It has been nothing more than a money grab (attempt) by a company looking to cash in on Canelo’s success.”