The negotiations to finalize opponents for Mexican superstar Saul “Canelo” Alvarez have never been simple in the last few years.

The complaints are constant with respect to the money, the contractual clauses and various details, but in the end it is a process by which everyone must go through.

Canelo is currently trying to set down a dance partner for his planned return on May, as part of Cinco De Mayo weekend. 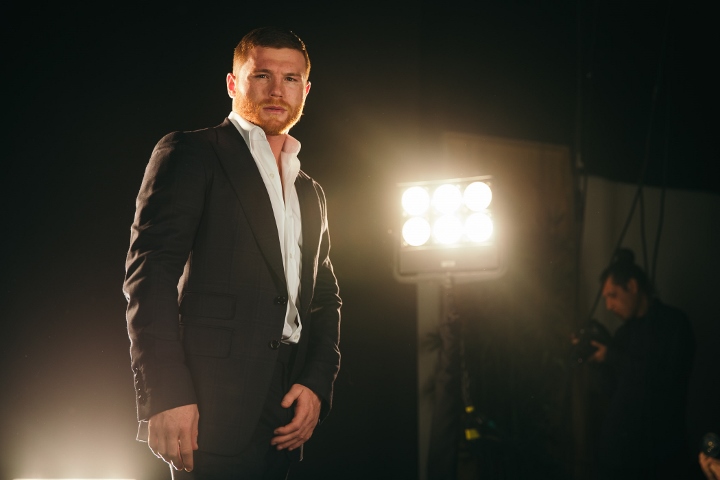 Canelo admits that is hasn't been easy, with super middleweight champions Callum Smith and Billy Joe Saunders turning down his initial offers due to monetary reasons. And another champion a 168, Caleb Plant, stating that he needed more time to get ready for a Canelo fight in early May.

"We all go through that and right now I am in this position and it has to be respected," Canelo said to ESPN Deportes. “I won [this position], so they have to respect [the process] and that's the way it is, even if you want to go the other way, that's how it will be.”

Canelo explained how he was forced to bend in his demands when negotiating big money fights against Floyd Mayweather and Miguel Cotto.

"We are in negotiations, there are many opponents that are important, but it should not be long before we know who is next," said Canelo. "Anyway, [I'm going to] start training at my pace to be ready for May, against whoever it is."

Regarding a possible trilogy fight against Gennadiy Golovkin in September, Canelo said it is not something he can guarantee. Golovkin is the IBF's world champion at middleweight and Canelo recently moved up by two weight divisions to unseat Sergey Kovalev for the WBO world title at light heavyweight last November.

“There is a lot of talk about that possibility [of a Golovkin trilogy] and I can't answer that right now, because it is something that is not certain. I want to fight at 168 pounds and then get closer to 160 and do it properly, because going down from 175 to 160 it is a very drastic change."

[QUOTE=Shadoww702;20428842]If I go to NY be my pleasure to meet up and do some rounds. I’ll just look for the goofy balled white guy acting black...[/QUOTE] you'd be looking for the complete wrong guy, but I know what I'd be…

[QUOTE=Jab jab boom;20428738]it should be in NY because that's what YOU said you were doing. So I accepted and you backed out. Spare me the tough guy talk, you go from saying that you want a catch weight to spar…

[QUOTE=Jab jab boom;20427356]you're a proven coward who has no credibility. You said you were set to come to NY, talked tough, backed out the day before and to this day, you have given me no less than 5 excuses as…

[QUOTE=Jab jab boom;20427356]you're a proven coward who has no credibility. You said you were set to come to NY, talked tough, backed out the day before and to this day, you have given me no less than 5 excuses as…