So in the opinion of heavyweight Bryant Jennings - who faces Alexander Dimitrenko this Saturday night as the headliner on ESPN from the Ocean Resort Casino in Atlantic City, New Jersey - which heavyweight does he fancy as the best in the world, currently?

"Who's the best heavyweight in the world?'' said Jennings, as he contemplated that question from BoxingScene.com. "Now we've got to come up with different aspects, the different aspects of the game.

"So the best power I would say (Deontay) Wilder. The best technical person would be (Luis) Ortirz. The brightest star would be Anthony Joshua and the most slept on would be myself." 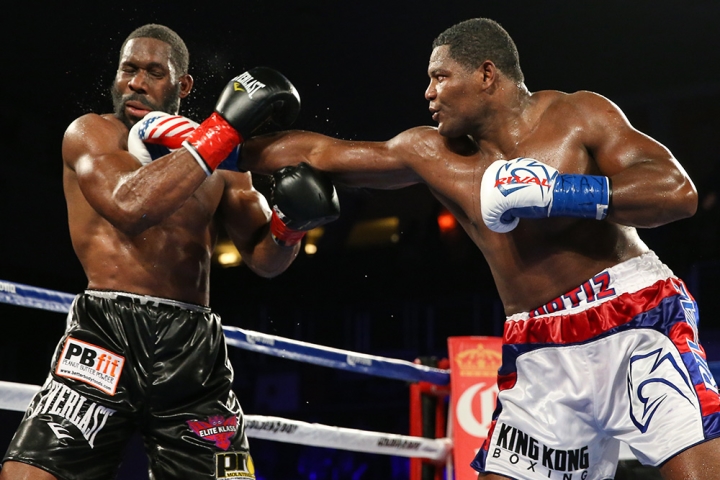 Jennings (23-2, 13 KO's) is currently rated eighth by the WBO and number eleven in the WBA.

Then Jennings added a special designation for guys he believes have the biggest fighting hearts in the division.

"The biggest 'dawg' would probably be....that's a good one, I'm going to have to think about that. (Derrick) Chisora's a good 'dawg', he's a 'dawg-fighter', he goes on. Dillian Whyte is a good 'dawg' as well," said the heavyweight from Philadelphia.

And now Jennings gets the opportunity to place himself further in the mix, with as the ESPN headliner.

"I try not to look at all that. I'm just glad that I've been fighting consistently and to still be 'alive' in this boxing game. All of those other things are great, absolutely wonderful," Jennings said.

"I'm just grateful for the opportunity, grateful for the consistent fighting schedule. I'm just looking to win and climb the heavyweight ladder. I let everything fall into place once the results come in.

"I'm expecting [Dimitrenko] to come out better than he did in his previous fights. I expect him to have the will to win, wanting to establish his name and his legacy."

[QUOTE=Cutthroat;19028619]Wlad annihilated Pulev in 5 rounds just 6 months earlier, why wasn't he shot then? Before that he destroyed Leapai in 5, before that he shut out Pedvetkin.[/QUOTE] He looked like **** in the Jennings fight Wlad just aged overnight,…

[QUOTE=Cutthroat;19028619]Wlad annihilated Pulev in 5 rounds just 6 months earlier, why wasn't he shot then? Before that he destroyed Leapai in 5, before that he shut out Pedvetkin.[/QUOTE] I think some of the cracks began showing in the Povetkin fight.…

[QUOTE=ShoulderRoll;19028716]I was looking forward to that fight too. The winner would be deserving of a title shot against Wilder. It's too bad that Shyte and Eddie Hearn chickened out.[/QUOTE] Exactly. Wilder even said he would fight Whyte if he beat…

This frustrated bum never fought Wilder. How the hell he knows how he punches?

probably agree with these