Browne To Pascal: You're In My Way; I'm Knocking Your Ass Out!

Browne is confident he’ll be the one to win by knockout when he defends his WBA interim light heavyweight title versus Pascal that night at Barclays Center in Brooklyn. Staten Island’s Browne (23-0, 16 KOs) will make the first defense of a championship he won against Badou Jack when he faces the former WBC 175-pound champion in the opener of a “PBC On FOX” tripleheader.

“He’s a great guy, always comes to fight,” Browne said. “I know he’s gonna come in the best shape as possible, chiseled, ready to fight. But come August 3rd, he’s in my way right now. Jean Pascal, you’re in my way, bruh! So, I’m gonna knock your ass out! I promise you! So, you wanna talk about, ‘Don’t blink. Don’t do this. Don’t do that.’ Let’s put some money up. What’s up? Let’s do it.” 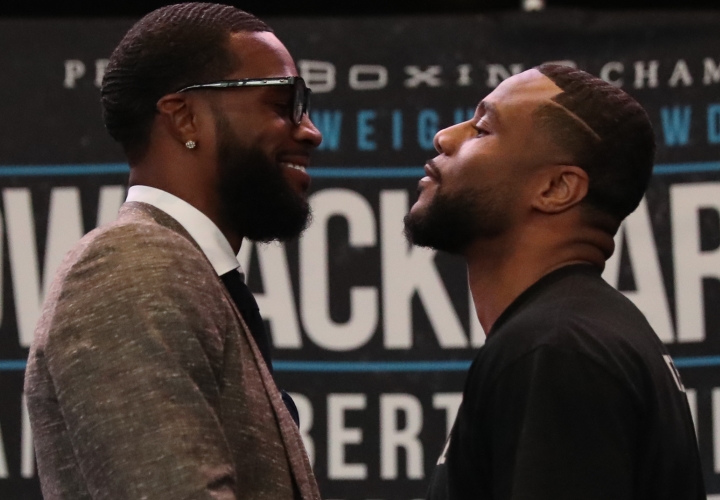 Quebec’s Pascal (33-6-1, 20 KOs, 1 NC) has lost by technical knockout twice during his 14-year pro career, both times to WBO champ Sergey Kovalev. The 36-year-old veteran has not lost to a southpaw, however, and has recorded noteworthy wins against left-handed ex-champions Chad Dawson and Lucian Bute.

“I know Marcus Browne is a southpaw, is a tremendous fighter,” Pascal said. “I’m just gonna train very well because he knows me very well, I know him very well. But I’m a former world champion – been there, done that. … I’ve fought the best. I fought Kovalev. I fought Hopkins. I fought everyone. I’m up for the challenge. It’s gonna be a challenge, but this little kid is a rookie. I’m the veteran and I’m gonna show him who’s the boss.”

In his last fight, Pascal lost a one-sided unanimous decision to Russia’s Dmitry Bivol (16-0, 11 KOs), the WBA’s true light heavyweight champion. Browne wants to box Bivol or WBC champ Oleksandr Gvozdyk (17-0, 14 KOs) later this year and intends to show Pascal just how much he has improved since they used to spar against each other.

“I remember one time I sparred Jean Pascal and he said I was green,” Browne said. “Well, guess what? The fruit is ripe now. So, let me tell you, come August 3rd, he already know what time it is, so we don’t have to talk too much. I just want y’all to know that I’m gonna be in the best shape possible. The light heavyweight division don’t have nobody like me. He done fought all those champions, but those guys are not me. Plain and simple. Come August 3rd, I’m gonna show you.”

F*** a dude that beats women, I would love for Pascal to knock his a** out, Jean is done though just fighting 3 or 4 fights too many.

LOL, in his way of what though is the real question. Literally had his pick of Bivol and Gvozdyk.

Jean pass the 50 Cal Pascal. He going to take Brownes head off