NEW YORK – Miguel Marriaga leaned in for a handshake from Shakur Stevenson toward the end of a press conference Thursday afternoon at Madison Square Garden.

Stevenson, obviously mindful of the coronavirus, instead extended his closed hand for a fist bump. The unbeaten WBO featherweight champion is among the boxers scheduled to compete on cards Saturday night and Tuesday night at Madison Square Garden’s Hulu Theater who are alarmed that none of them had been tested as of Thursday afternoon for the coronavirus. 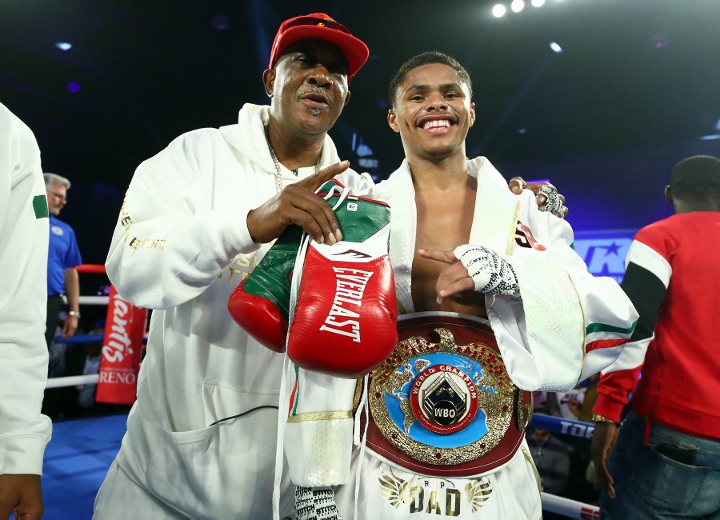 Messages left by BoxingScene.com for the New York State Athletic Commission regarding testing specifically for coronavirus hadn’t been returned by the time this story posted. A spokesman for Bob Arum’s Top Rank Inc., the promoter of the two aforementioned cards, referred all testing questions to the NYSAC.

The 33-year-old Marriaga seemed less concerned about testing for the coronavirus than his heavily favored opponent.

“Right now, I’m not thinking about any of that,” Marriaga said. “I’m just focused on my fight. I’m coming to get a big win.”

Marriaga, who trained for seven weeks in Mexico City before arriving in Manhattan on Monday night, would welcome any additional testing, though.

“If those are the procedures, I’m fine with it,” Marriaga said. “If it happens, it happens.”

Northern Ireland’s Michael Conlan (13-0, 7 KOs) doesn’t think any of the fighters on the cards Saturday night or Tuesday night will be tested in the coming days for coronavirus, a pandemic that has caused Major League Baseball, the NBA, the NHL and countless college basketball conferences to temporarily suspend operations. Conlan is scheduled to meet Colombia’s Belmar Preciado (20-2-1, 13 KOs) in a 10-round featherweight main event Tuesday night, part of a St. Patrick’s Day card that’ll be streamed live by ESPN+ (8 p.m. ET/5 p.m. PT).

“No one’s been tested,” Conlan said. “They should be f---king scanning people when they’re coming into the [United] States, and getting things checked. I suppose it’s boxing, isn’t it? It’s a mercenary sport. As long as the show goes ahead, as long as the money’s being made, nobody cares.”

Top Rank announced at the start of Thursday’s press conference that the cards Saturday night and Tuesday night will take place without fans in attendance. It remains possible, according to information BoxingScene.com has gathered from multiple sources, that both cards could be postponed indefinitely.

The 14 fighters slated to compete on the seven-bout Stevenson-Marriaga card are supposed to weigh-in early Friday afternoon.

[QUOTE=juanpablo;20459174]So he has to be careful from Marriaga because he's from another country? Wtf, this fool must not know that there are way more cases in the U.S. than in Colombia. If anything Marriaga should be careful with you[/QUOTE] Good…

Boxers need money, especially, is this the only income for them, but a emergency is a emergency. Damn! I hope they have saving money for this dark times. :boxing:

Lol... Are any of the fighters showing Flu symptoms? Then why would they need to be tested for Corona? I guess we can create a witch hunt out of anything. It’s a new strain of the focking flu!!!

[QUOTE][QUOTE]“No one’s been tested,” Conlan said. “They should be f---king scanning people when they’re coming into the [United] States, and getting things checked. I suppose it’s boxing, isn’t it? It’s a mercenary sport. As long as the show goes ahead,…