According to Mike Coppinger of Fox Sports, IBF light heavyweight champion Artur Beterbiev (13-0, 13 KOs) is going to be switching his alliance.

The Canadian outlet reports that Beterbiev is going to part ways with streaming service DAZN, and instead jump on with Top Rank on ESPN.

Apparently, Beterbiev will no longer be aligned with powerful manager Al Haymon, who is also the founder of Premier Boxing Champions. 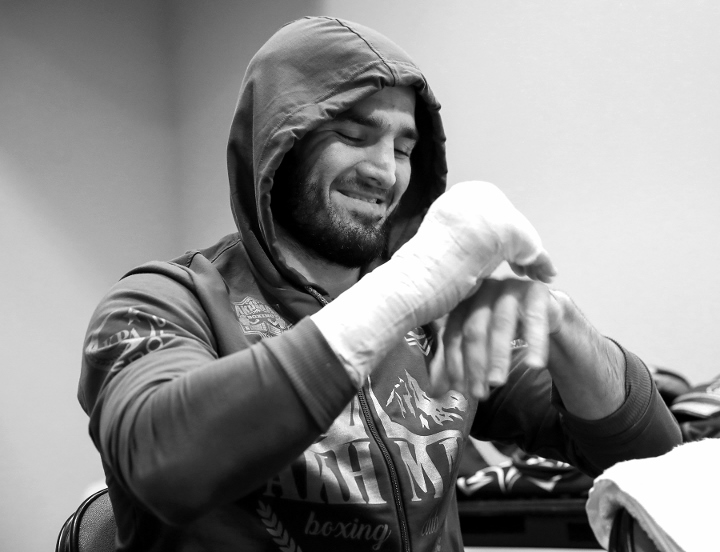 In 2017, Beterbiev fought on ESPN and stopped Enrico Koelling in the twelfth round to capture the vacant IBF world title.

At that point, it appeared that he would sign with Top Rank.

But then month later he signed a three fight deal with Eddie Hearn of Matchroom - and made his debut on DAZN in October, when he got off the floor to score a knockout of Callum Johnson in the fourth round.

Beterbiev was then scheduled to face Joe Smith on the DAZN on a date in February.

That fight won't happen. And instead Beterbiev will sign a co-promotional deal with Top Rank to fight on ESPN.

Beterbiev's promoter, Yvon Michel, will still be involved in the career of the undefeated Russian fighter.

Top Rank is stocking up on fighters from the light heavyweight division.

A few weeks ago, another of Michel's fighters, WBO light heavyweight champion Eleider Alvarez, signed a multi-year deal with Top Rank. Alvarez will face Sergey Kovalev next month in a rematch, which is being televised by ESPN.

Top Rank also has WBC champion Oleksandr Gvozdyk under contract, Kovalev is signed on for several fights - even in defeat. And WBO super middleweight champion Gilberto Ramirez may jump up to 175 in the very near future.

[QUOTE=Ssssh11;19435598]He doesn't fight enough he had a few chances but keeps delaying to fight..IMHO I think he's worried to lose so he's after the most lucrative fight out there[/QUOTE] He's a diva. Somebody needs to give him a Snickers.

[QUOTE=Lemonhead_Jeff;19433749]Beterbiev is probably the most treacherous, disloyal fighter in the sport. It seems that he's determined to abandon every manager or promoter that has the unfortunate luck of working with him. Fans were actually siding with Beterbiev when he tried…

[QUOTE=bigdunny1;19433420]Beterviev entire career has been a mess, long layoffs, turning down or backing out of fights and he's been connected with top power brokers in boxing basically through out. He was with Haymon for years never got big fights and…

[QUOTE=Eff Pandas;19435090]Can we just see Beterbiev vs some top f#cking guys all damn ready. Was up on him big a couple years back, but he's went nowhere very slowly & I'm leaning more towards him being a bust, for his…

Can we just see Beterbiev vs some top f#cking guys all damn ready. Was up on him big a couple years back, but he's went nowhere very slowly & I'm leaning more towards him being a bust, for his ability,…