Undefeated heavyweight power puncher Apti Davtaev will face veteran Lucas Browne in the 10-round co-main event of SHOWTIME BOXING: SPECIAL EDITION on Saturday, March 28, live on SHOWTIME (10 p.m. ET/7 p.m. PT) in a Premier Boxing Champions event from Park Theater at Park MGM in Las Vegas. Davtaev replaces heavyweight contender Otto Wallin, who was forced to suspend training and withdraw from his scheduled bout due to an injury to his foot.

From Kurchaloi, Russia, Davtaev (20-0-1, 19 KOs) has earned a 90-percent knockout ratio with his aggressive style and devastating power. The athletic, 30-year-old has remained active since moving his camp to the United States in 2017 after signing with Salita Promotions. He trains at Kronk Gym in Detroit, Mich., under the tutelage of SugarHill Steward, nephew of legendary Hall of Fame trainer Emanuel Steward.

"Otto suffered a minor injury and suspending training was the smart thing to do," said Wallin's promoter Dmitriy Salita. "He will be back in the ring in no time. Fortunately, Apti was in top shape and ready to go. He is a gifted heavyweight and he'll be on everyone's radar after March 28." 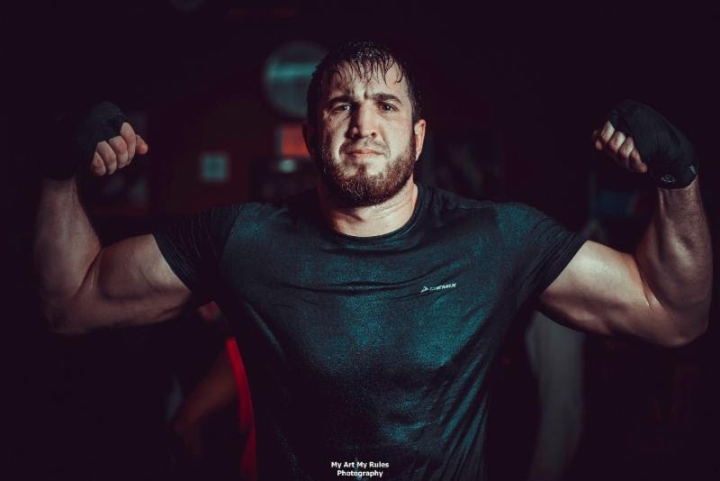 In his last outing on February 21, the six-foot-five-inch Davtaev handed previously unbeaten John Napari his first defeat with a vicious second-round knockout. A few weeks prior, on January 10, he scored an impressive third-round stoppage over veteran Keith Barr. This is his fifth start in the U.S. and first nationally televised bout.

Fighting out of New South Wales, Australia, Browne (29-2, 25 KOs) most recently scored a knockout victory over John Hopoate in November, his second win of 2019. He's won four of his last five bouts, with his only career losses coming to Dillian Whyte and David Allen in the U.K. Browne won his first 25 pro fights, including a stoppage of Ruslan Chagaev in 2016 to capture a WBA Heavyweight Championship. He will be making his U.S. debut.

I was stoked to see Otto again. Still an intriguing fight though. SHOWTIME!

davtaev is one ugly man but will surely vaporise a very faded browne in 3 rounds, joseph parker needs to step back up, where the hell has he gone, turning to **** very quick....Al hayman is a devastated man, shelley…

[QUOTE=PBR Streetgang;20423334]Disappointed that Wallin got hurt, wanted to see him against Browne. I haven't heard of Davtaev but will be interested to see what he looks like.[/QUOTE] Hes a big stiff idiot with little defence or skill. his power is…

Disappointed that Wallin got hurt, wanted to see him against Browne. I haven't heard of Davtaev but will be interested to see what he looks like.