Saturday night from the TD Garden in Boston, Demetrius Andrade will be facing Walter Kautondokwa for the vacant WBO middleweight title. Originally, Andrade was slated to face Billy Joe Saunders before he vacated the title after testing positive for a banned substance.

There is a chance that should Andrade win the title he may have to face Saunders down the line given the cozy relationship between Saunders promoter, Frank Warren, and the WBO.

"Listen, I had no problem getting in the ring with him now and I have no problem getting in the ring with him then, so it's whatever," said Andrade, who is more than ever is an advocate of the VADA drug testing protocol that was in place for this fight. "I'm here to do what I have to do, take care of my victory, my legacy and what I want to do in championing the game of boxing, I also hope this helps where other people out there are like, 'Yo, this is not a race to the finish line, starting line to finish line, where nobody is getting hurt'.

"People are getting hurt and people can unfortunately die in this sport, so why are you taking more stuff to be able to do that? Or have the chances to do that? I don't understand that type of thinking but if that's the case, work hard to do what you've got to do to make it happen - believe in yourself, don't believe in drugs." 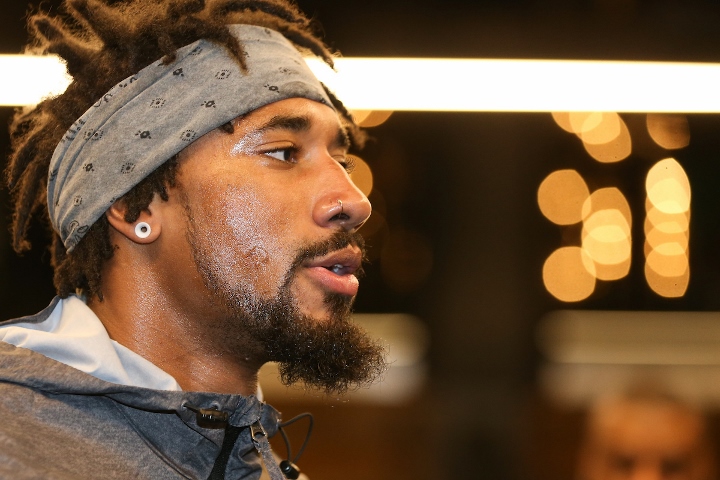 While defeating Kautondokwa wont mean quite as much as beating Saunders, it means that Andrade will have a major title at 160 and will give him a chance to put him in the mix with the other marquee middleweights, including Saul 'Canelo' Alvarez, who like Andrade is now affiliated with DAZN.

"Those are the types of elite fighters out there who have been fighting elite guys and also wanting to make it happen on some standpoint. 'Canelo' not so much, 'Triple G' here and there. So I can't really put a number of myself because I have been inactive. I haven't gotten there with the best due to my career but I'm telling you, I get in the ring with any of these motherf***ers and I'm f***ing somebody up."

Andrade, who's had a bit of a star-crossed career certainly doesn't lack for confidence.

[QUOTE=factsarenice;19210058]Hiding Vada because he's looking for a PED edge that dumb, crazy Poo poo? You lost me...[/QUOTE] Not a big loss

In time he will get his shot at Nelo.