Amanda Serrano, the nine-time world champion in seven different weight classes of Puerto Rico, was scheduled to fight the undisputed 135-pound champion Katie Taylor of Ireland, since last year. However, due to differences in negotiations, the mega fight won’t take place.

“On four occasions, Amanda has signed on for the fight”, said Serrano’s manager/trainer Jordan Maldonado. “She signed to fight in late 2019 in New York, but Taylor opted to move up in weight. Then we accepted the fight for early 2020 in the same city, but Taylor’s team thought they needed more time to train and it was move to May 2 in England, but then a month and a half later, the COVID-19 pandemic came and it was moved to the 4th of July; all this, accepting a purse not up to par with the magnitude of the fight. But since Amanda wants to make history for Puerto Rico, we happily accepted”.

“Now they’re offering us the fight for August but removing almost 50% of Amanda’s purse. However, they are taking less from Taylor. We understand there is a situation around the world with COVID-19 and there are changes in the boxing platform, but big fights are big fights”, said Maldonado. “Many important fights are delayed until fans can come back to attend the events. If we accept this new offer, we’d be creating a new negative precedent in female boxing, after so many women have worked so hard to heighten the level of the sport”, added. 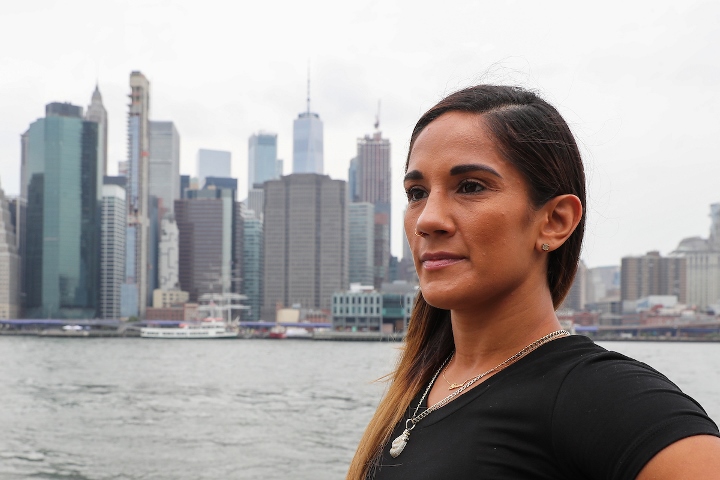 Amanda Serrano believes that “by November or December of last year, those 135-pound division belts would be parading around the streets of my beautiful island of Puerto Rico, but Taylor moved up for one fight and that hurt me, because I dream of historic fights and suddenly they disappear. Currently, I’m being offered a very low purse, as if I was starving to death. Throughout my career, I’ve sacrificed earnings to stay active in boxing, but now my achievements speak for themselves and I’m staying firm”.

Maldonado reiterated: “Amanda’s contract with promoter Lou DiBella expires soon. We hope they do their job because boxing needs this fight and if we have to wait, we wait. Amanda is a WBO world champion at 126 lbs, and interim WBC world champion. There are good unification bouts in Amanda’s weight class that can be made in the meantime”.

Knew this was coming. Serrano never was going to take this fight and pretended all along. She isn't in the Irish lass's class. She would get embarrassed and that would ruin all she likes to claim to be. Now she…

[QUOTE=Ray*;20619471]Serrano never wanted this fight, she has beetch and moan from day 1. She is the female Wilder, her own promoter is claiming she is ducking. So that says it all[/QUOTE] something is wrong with you UK idiots. Must be…

This is boxing! Let's not make the best fights. Crazy in the modern era to think the best fights can't be made. Sure, covid19 hasn't helped but boxing business stinks!

The winner of this was supposed to fight Braekhus. Cecilia had better still get her chance to beat the crap out of both of these ladies. Still the P4P queen, still the greatest women's boxer of all time.

[QUOTE=paulf;20620587] British media reported that Taylor was going to make her first million-dollar purse and that Serrano would make $250,000. [/QUOTE] wow she is ducking a million dollar payday, there is no hope for this girl :D