Former world champion Alexander Povetkin would have no problem with a potential showdown against Dillian Whyte at The O2 in London.

Whyte is being positioned for a planned headline bout on April 20th at the O2, as part of a Sky Sports Box Office card. That could could host several heavyweight bouts, like Joseph Parker vs. Dereck Chisora. 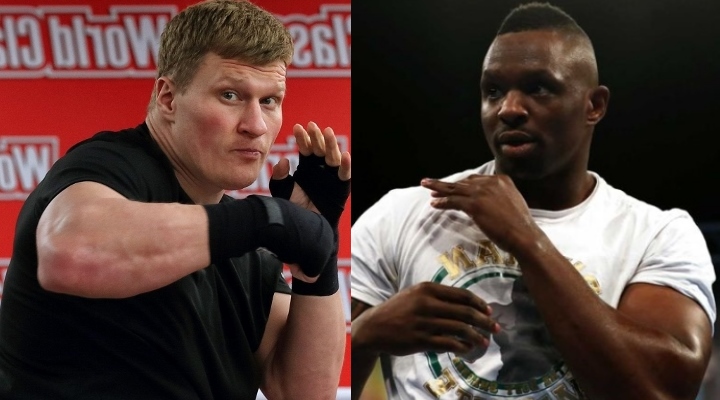 Povetkin managed to stun Joshua early, but was slowly broken down and stopped in the seventh round.

Prior to that loss, Povetkin scored a scary fifth round knockout of David Price in March.

Whyte is calling for a fight with WBC mandatory challenger Dominic Breazeale.

If Whyte is unable to get his hands on Breazeale, then he wants to get in the ring with either Povetkin or once-beaten Cuban Luis Ortiz.

Vadim Kornilov, a manager for Povetkin's promoter World of Boxing, told Sky Sports: "Povetkin was always interested in the fight.

"We know that Dillian Whyte was talking a lot about wanting the fight."

Whyte views Breazeale as the preferred choice, although he has no issue with facing Povetkin. He views Breazeale as being the best opponent to force a mandatory fight with WBC world champion Deontay Wilder, who is heading to a rematch with Tyson Fury in the coming months.

Whyte had attempted to secure a rematch with Joshua, but their discussions fell apart over money.

[QUOTE=Cen fath?;19498476]As long as the winner of Fury vs Wilder is Wilder. A Fury win will presumably result in yet another rematch, leaving Breeze-Ale stuck in mandatory position for a while longer.[/QUOTE] Still won't risk his shot by fighting a…

Povetkin has every advantage over Whtye apart from age. Good fight.

Dillian is a tough competitor and is a grafter, his road to a title shot will be full of tough fights because of the emergence of wilder/fury. He has no choice but to take out all the B class fighters…

Brezeale is the youngest of them all Thank you Whyte for taking out the kids for a boxing match. So nice. NVM Whyte is young as heck dang