Abel Sanchez: Braekhus in Top 3 of All Fighters I’ve Trained in Terms of Effort, Desire

Abel Sanchez knows a thing or two about training world titleholders. From former WBC welterweight titleholder Lupe Aquino to Gennadiy Golovkin, Sanchez has a effective way of getting the most out of his fighters, mentally and physically.

Cecilia Braekhus could be the next fighter to benefit from working with Sanchez.

Braekhus will defend her undisputed welterweight championship against Jessica McCaskill Saturday night at a temporary outdoor venue in Oklahoma City, Oklahoma. The 10-round bout will headline a DAZN stream (9 p.m. ET/ 6 p.m. PT). 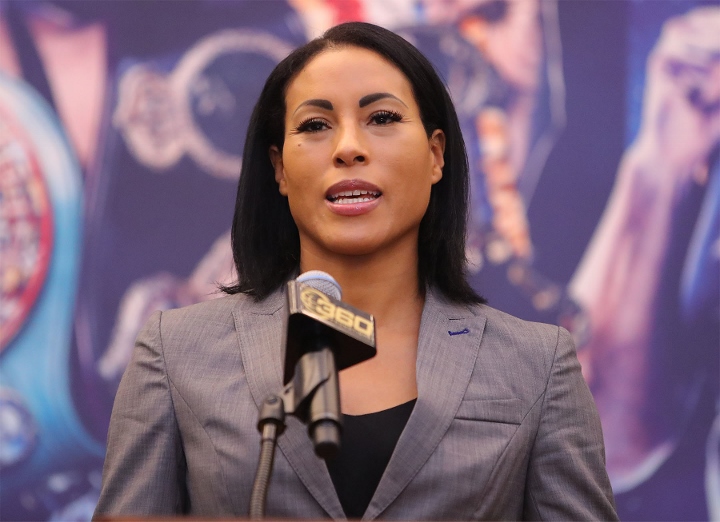 The 37-year-old (36-0, 9 knockouts), who resides in Bergen, Norway, has not fought since November 30, defeating Argentina’s VictoriaBustos by unanimous decision. The victory markedBraekhus’ 11th defense of her undisputed welterweight championship.

Braekhus was originally scheduled to fight McCaskill on April 17 in Oxon Hill, Maryland, but the fight was postponed due to the COVID-19 pandemic.

The victory over Bustos marked Braekhus’ first fight with Sanchez. The longtime trainer did not want to change much from a technical aspect for the Bustos fight, instead rely more on her fitness to get through the fight.

“I didn’t have the 10-12 weeks that I would normally want with a fighter,” Sanchez told BoxingScene over the phone last week. “It’s difficult to change a lot of things so I didn’t want her to guess or second-guess herself. I wanted her to be in great shape.”

“I wanted to have her believe in herself. She has a lot of ability. Implementing a solid mental aspect to training to her arsenal of tools is just as important for her as adding to the physical aspect. We wanted to utilize her skills in the best way.”

“When she first came to me, she confided in me that she was ready to hang up the gloves. She didn’t have the desire or want to be in the gym. Since we’ve been in camp (in mid-January), it’s a totally different mentality. She’s so motivated now. She’s gotten over that psychological hurdle and she has that fire. We’ve worked on combinations for this fight to add that to that European style.”

Aside from working with Braekhus, Sanchez has been around boxing to know the commitment female fighters have to the sport and the amount of time they invest to improve and earn respect in the sport. It is Sanchez’s hope female fighters get more recognition and exposure by fighting more on network television and receiving larger purses.

“Unfortunately, ladies don’t get the limelight. In the time I’ve worked with her, she’s in the top three of all fighters I’ve trained in terms of effort and desire. Female fighters excel and work extremely hard. They don’t complain. They just work and work. They really embrace the objectivity of being the pupil and the coach providing direction to have them be the best fighter.”

McCaskill (8-2, 3 KOs), who resides in Chicago, Illinois, has won her last three fights since losing to Katie Taylor in December 2017.