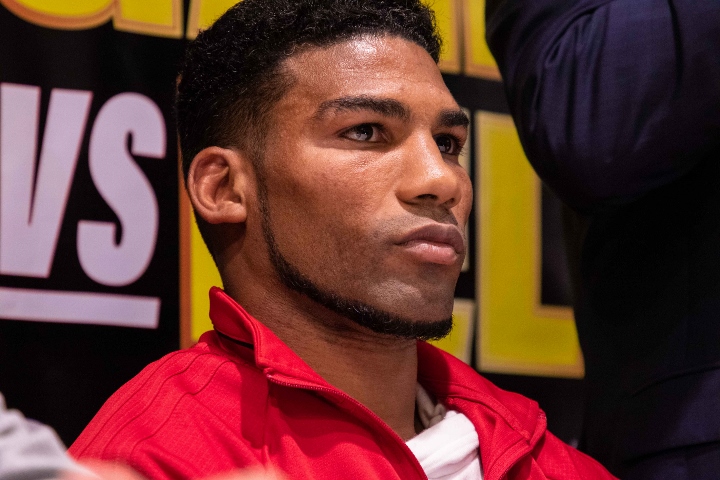 Gamboa was in action last November, when he defeated Miguel Beltran Jr. in Miami, Florida.

Premier Boxing Champions has a very deep pool of talent from featherweight to lightweight - with numerous options for Gamboa.

After a fight or two, DeCubas could easily see Gamboa elevate himself to get a major opportunity for a world title.

"I believe in Gamboa, in his talent, in his possibilities," explained DeCubas to George Ebro. "His big problem has been inactivity, but we're going to help him stay in action, to recover an important position.

"Gamboa has a reputation, a track record. Now I'm not going to say that he will fight against this one or that one, but a fighter of his lineage will not lack opponents who want to get into a ring to measure themselves against one of the greats. Davis? It's possible.

"Gamboa just needs to get hot and he can beat anyone. I expect great things from him. He feels rejuvenated. I do not see any reason why he can not fight for a world title.''

I was amazed when I first read Gamboa signed a multi-fight deal. He’s been washed up for a while now. I guess these people think Yuri has enough left to be a reasonable opponent. I don’t know if even that’s…

Somebody's about to get fed to Tank! Lol At least it'll give us an idea as to whether or not Tank can deal with speed. Even at this age, Yuri is still quick, but he tends to take pictures after…

[QUOTE=BoxingIsGreat;19508497]Where did Loma fight Gamboa 3 years ago? Are you mixing him up with Rigo?[/QUOTE] Gamboa was an option and it was declined. As everybody mentioned here, Gamboa had too much time off and it didn't look good fighting him…

He's a 37 year old jr. lightweight... He's usually in good fights, but the clock has definitely run out.