If things go according to plan for Kal Yafai, there stands a chance his once lost opportunity could grow even bigger by the time it comes back around.

The unbeaten junior bantamweight titlist is currently in talks for a voluntary title defense versus former four-division champ Roman ‘Chocolatito’ Gonzalez. Should the two sides comes to terms, the bout will take place February 29 in supporting capacity to a welterweight crossroads bout between Mikey Garcia and Jessie Vargas, live on DAZN from The Ford Center at the Star in Frisco, Texas.

“This is the fight I’m trying to make, now for February 29th in Dallas,” Eddie Hearn, Yafai’s promoter told IFL TV on Monday. “If he can beat Chocolatito, he goes into the Estrada fight in great shape in terms of his earning potential and star power. That Chocolatito fight is a star fight." 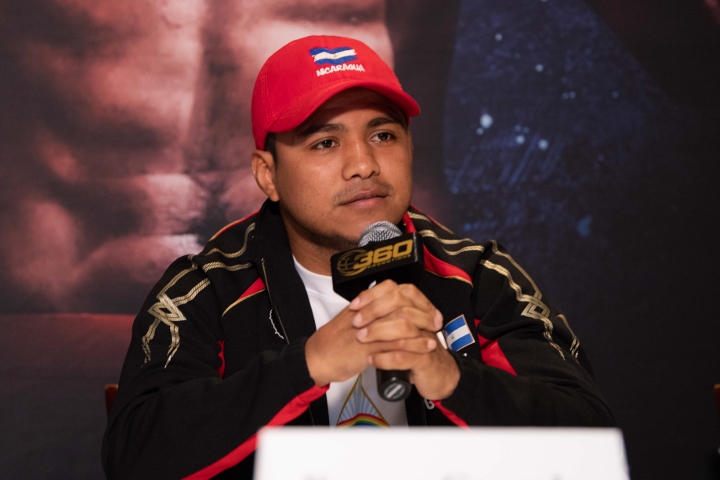 England’s Yafai (26-0, 15KOs) was due to face Mexico’s Juan Francisco Estrada (40-3, 27KOs) in a title unification bout atop a January 30 DAZN show as part of a massive Super Bowl weekend in Miami, Florida. The show goes on but without its original main event, as Estrada—the division’s lineal champion in addition to the alphabet title he claims—suffered a hand injury which will put him on the shelf until mid-spring.

It was also a tough break for Yafai, who has been out of the ring since a 12-round win over mandatory challenger Norbelto Jimenez this past June in Providence, Rhode Island. The extended break from the ring was in part due to recovering from injuries sustained in that bout along with waiting for the Estrada fight to materialize.

As his planned clash with Estrada fell through, Yafai was not only left with a longer-than-expected inactive period, but the threat of having to go to a second straight mandatory title defense. Title unification bouts often take precedence, but the absence of such a bout left room for unbeaten top-rated contender and interim titlist Andrew Moloney (21-0, 14KOs) to raise his hand and call for such a bout to be ordered.

That process has yet to take place, leaving Yafai’s handlers to hustle hard for a super fight which they hope will lead to an even bigger event.

Nicaragua’s Gonzalez (48-2, 40KOs) ended a 14-month ring absence with a 2nd round knockout of Diomel Diocos earlier this month in Yokohama, Japan. The win was his second straight following back-to-back losses to Srisaket Sor Rungvisai, the first which ended his 115-pound title reign and roughly 16-month stay atop the pound-for-pound perch and the rematch sending his career into a tailspin.

Following the win over Diocos, Gonzalez made it clear that he wants to challenge for a title in his next fight. It was music to Yafai’s ears, as his handlers immediately made contact with Gonzalez’s co-promoter, the honorable Akihiko Honda.

“It’s not done yet… there’s interest from Mr. Honda and Chocolatito to take that fight,” Hearn revealed. “There’s a very good chance that fight can land on the Mikey Garcia-Jessie Vargas [card].”

Even more ambitious is the plan moving forward should Yafai prevail.

“This is the fight that is giving him security financial, but also the upside of a win,” points out Hearn. “The Estrada fight, really tough fight and a chance to unify [had they fought in January]. If you win this fight, it takes an Estrada fight into a big main event fight in the United States.”

Absolutely NO idea what type of fighter Chocolatito is right now, but make this happen! Nice card!

Sounds great to me. Chocolatito is a great test for Yafi to prove he deserves his accolades. In reality, after that fight we can start looking forward to a Chocolatito vs Estrada 2 showdown. Because Yafi quits halfway through the…

[QUOTE=ShoulderRoll;20293390]Estrada hurt his hand. He can't be on this card. That's why he isn't fighting Yafai in the first place.[/QUOTE] Oh I see, that makes sense... thanks for info I was unaware

[QUOTE=Robi13;20293317]Yeah I agree, but wouldn’t mind seeing it on this one. The more the merrier[/QUOTE] Estrada hurt his hand. He can't be on this card. That's why he isn't fighting Yafai in the first place.

[QUOTE=kiaba360;20293313]I think Estrada vs. Inoue is capable of headlining its own card.[/QUOTE] Yeah I agree, but wouldn’t mind seeing it on this one. The more the merrier