Can was making his second defense of the world title he won from Jesus Rojas on Jan. 26. Robles, who was ranked No. 4 by the WBA, was fighting for the first world title belt. 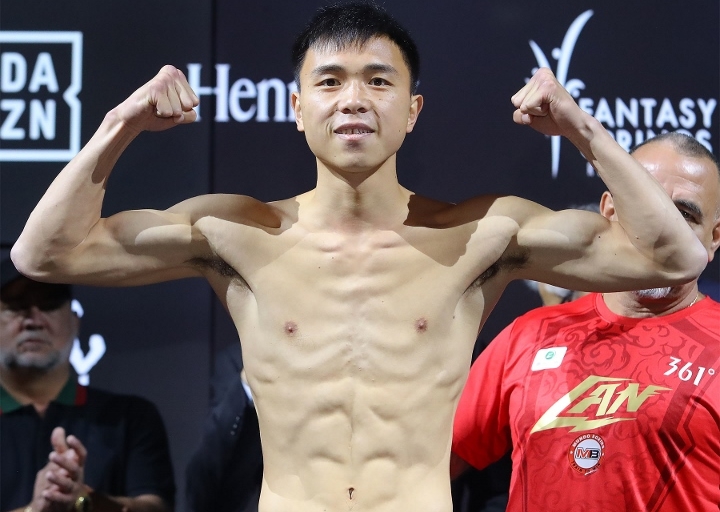 From the opening bell, both fighters chose to fight in the pocket, exchanging combinations in the center of the ring. One fighter would throw four-five punch combinations, then the other would throw his own combination to the head and body.

As the fight progressed, Xu would throw more combinations behind a steady jab, but Robles was effectively in countering. Robles found success by throwing and landing several straight counter right hands to Xu's head.

By round six, Xu began to close the distance between the two fighters, letting his hands go and connecting with more regularity. Xu finished most combinations by digging a left hook to the body of Robles.

Robles finally let his hands go in round nine, landing combinations to the head of Xu. However, the rally was short-lived as Xu adjusted, utilizing his strength of throwing an abundant amount of punches and keeping Robles on the defensive.

Both fighters laid it out on the line during the final two rounds of the fight. Both traded mostly traded vicious shots in the center of the ring, connecting with hooks and crosses.

Robles, who resides in Los Angeles, suffers his first loss as a pro and drops to 18-1, 8 KOs.

Xu Can is a talent that has plenty to gain. To say he is at the top of his game is false. This kid is only 25 and what he does well is fun to watch. He is only going…

It was announced that Xu Can sold 400 tickets to the event and had most of his fans being bussed in. Prediction : Monday morning DelaHoya announces GBP signs Can to a 5 fight contract.