Wilder showed off his skills and discussed his highly anticipated rematch against Ortiz from New Era Boxing and Fitness in Northport, Alabama.

Deas explained that they are not looking ahead to a slated February rematch with Tyson Fury. 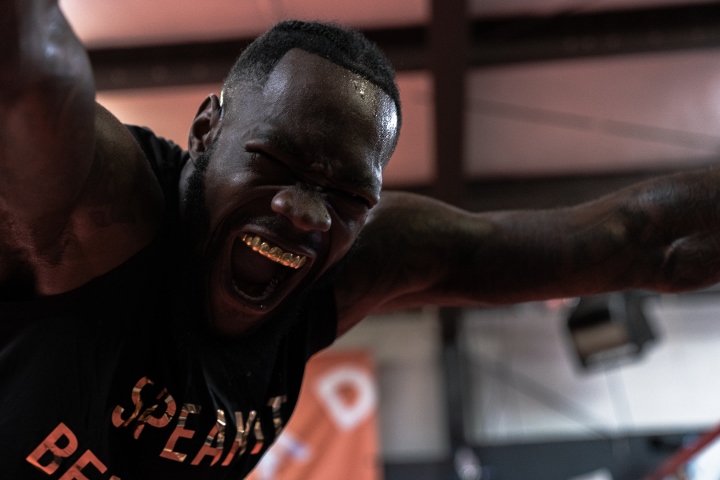 Their entire focus is on Ortiz, who Wilder stopped in ten rounds back in March of 2018.

The second time around, Deas is expected early fireworks.

"It took Deontay and Luis a few rounds to get going last time, but I don't think that will be the case in this fight. These fighters know each other, they've been in there together and seen what the other guy has. They know stylistically what the other brings to the table. I think it's going to be very interesting from the opening bell," Deas said.

"I think we're going to see the best Luis Ortiz. He knows this could be his last chance at world title and that will make him bring the best that he has to offer. He's going to make some corrections off what he did the first fight. We're preparing for the best Ortiz and Ortiz better be prepared for the best Deontay Wilder.

"When Deontay comes out with a victory, then we'll visit any other fights in his future. There are no other big fights, without a victory over Luis Ortiz on November 23. We're zeroed in on Ortiz."

At 30 bucks, I buy this. I think it will have fireworks as well. At top level PPV prices? Nah. Will happily just see what happens through my favorite websites.

If Wilder thinks he’s just going to wind up and put Ortiz away like he did Breazeale, the fight might not even go 1 round. Ortiz has had a lot of time to plan a surprise.

Since that first fight, Ortiz is 20 months older and lumbered thru the likes of Cojanu, Kauffman and Hammer. I just don't see him providing the same or more of a challenge as the first fight, barring a lucky punch.…