Wilder: Joshua Refused To FaceTime, Good To See Them Begging

A few days ago, Anthony Joshua explained that he wants to sit down with his heavyweight rival, WBC champion Deontay Wilder, to work out all of their outstanding issues and finalize a deal for a unification.

Wilder does not believe him. 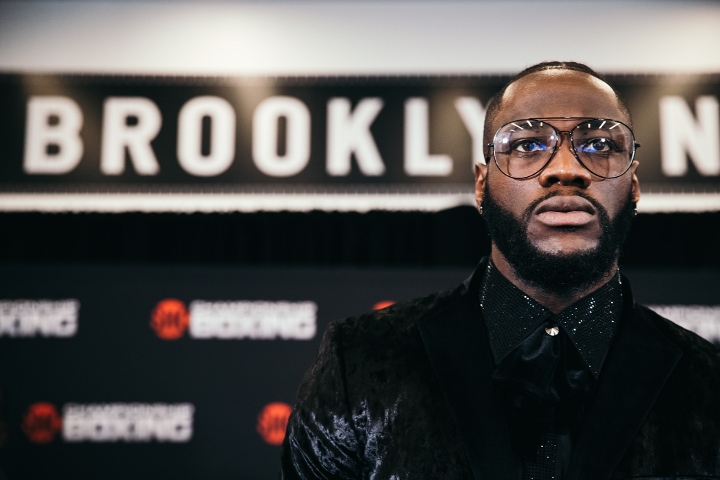 After that incident happened, Wilder was convinced that Joshua and his promoter, Eddie Hearn, were not serious about making a deal.

"What have they done so far to be believable?" Wilder said to The Los Angeles Times.

"I've tried to do it privately with some mutual friends. [Joshua] did not want to do it without someone there with him on FaceTime conversation. Why would you want to do that? It's me and you. Are you scared of me or something? This whole thing of, 'We've got to sit down ....' They're just saying something, man, because at the end of the day. I do not have a boss. Joshua has a boss, [Hearn's] Matchroom Boxing.

"You know when it's real and you know when someone's just talking. We've spoke before for four months. I've been in there with them. You do not think you know a person when they're lying or not? Without [Matchroom], this fight would be done a long time ago. He can say all he wants. They still have a say-so on him. So why sit and talk with him? He's not on my level. I'm not chasing nobody no more. The shoe's on the other foot. I know the fight's going to happen eventually, but it's good to see them begging."

"And no matter what people think, when it comes to the night of the fight and I knock [Joshua] out, the ones who doubted are going to look like a fool. I can not wait for that moment to come. We've got a plan. We're doing our thing. When they're ready, let's make it happen. I've been trying to make this fight. When they're ready, I'll be ready. "

Joshua is back on Saturday night, when he defends his IBF, IBO, WBA, WBO belts against Andy Ruiz at Madison Square Garden in New York City.

Wilder announced earlier this week, that he will face Luis Ortiz in a rematch this fall.

[QUOTE=mathed;19787938]So the "slave master" lets his "slave" go to other countries to fight guys in fights controlled by hostile judges and refs but "Bum Squad" the "free man", is being forced to rematch 50 year old men on heart meds…

[QUOTE=BOXING-SCRIBE;19787904]Yea with his Masta next to him..I can hear Ajoke chains dragging from where he is at.[/QUOTE] So the "slave master" lets his "slave" go to other countries to fight guys in fights controlled by hostile judges and refs but…

[QUOTE=Jax teller;19785428][B]Lololol says the "I'm not even a fan of Wilder but I'll defend him no matter what he does/says and criticise Hearn/AJ at every given opportunity" guy.[/B] Fact is I'll criticise both teams when fitting but here you are…

PBC Pathetic Boxing Champions. This is similar to Spence saying, "Crawford is on the wrong side of the street; Arum is desperate; I got all the cards." Meaning he's got a long line of opponents worth 3 years. See they…