Wilder: If Fury Takes The Fight To Me, It's Gonna Be A Short Night!

Deontay Wilder doesn’t know whether to believe Tyson Fury when the brash Brit boldly claims he’ll aggressively go after Wilder early in their rematch next week.

What Wilder does know is that if Fury pressures him, that’ll make it easier to finish Fury in their second 12-round fight for Wilder’s WBC heavyweight title. England’s Fury is a slight favorite to win when they square off again February 22 at MGM Grand Garden Arena in Las Vegas, but he is widely expected to take a tactical approach with Wilder. 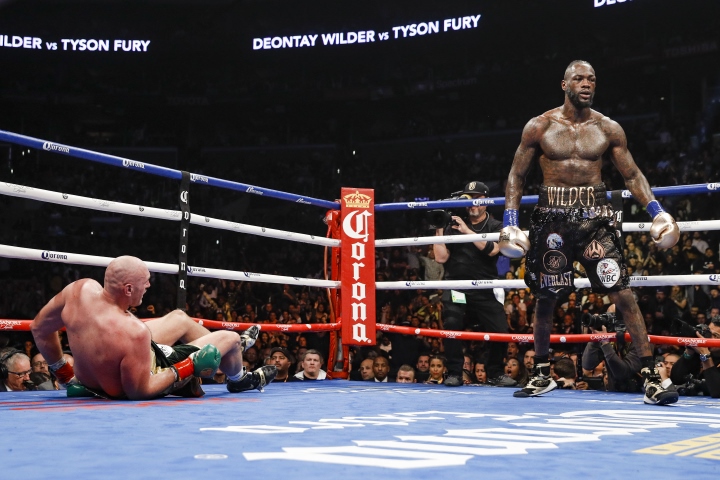 Wilder was asked if, in his gut, he feels Fury – a better boxer, but clearly a lesser puncher – would actually ignore a more sensible strategy to prove that he, too, is capable of winning their highly anticipated second bout by knockout.

The 34-year-old Wilder (42-0-1, 41 KOs), of Tuscaloosa, Alabama, floored Fury twice in their first fight 14 months ago at Staples Center in Los Angeles. Fury (29-0-1, 20 KOs) survived those two knockdowns and boxed Wilder to a controversial, 12-round split draw.

[QUOTE=LoadedWraps;20398741]Fury is going to bully Wilder.[/QUOTE] You really believe that? He couldn't bully Deontay at 209lbs, but he's somehow going to do so when Deontay is 231lbs? I will give u MASSIVE respect if that does happen. But it's not…

[QUOTE=NoConcoms;20395747]Fury's best gameplan is to just box and move, as he did the first fight. He can't slip up for one second, as he found out in the first fight. Also, if Deontay comes in weighing 220lbs or so, Fury's…

[QUOTE=Thraxox;20395494]Actually, Wilder was in trouble the most when the opponent wasn't afraid to trade with him. That's why he got rocked by Molina, Dahaupas, Ortiz. [B] Wilder wants to create a narrative that trading with him is bad, when Wilder…

Fury brought the fight to wilder the first time thats how amateur wilder looked losing the first 7 rounds. Fury will be more careful this time and cruise to a decision win