Wilder: I Really Do Think Andy Ruiz Has Joshua's Number!

The first bout took place in June, when Ruiz dropped Joshua four times to secure a stoppage win in the seventh round at Madison Square Garden in New York City.

"I really do think he has his number," Wilder told Business Insider. 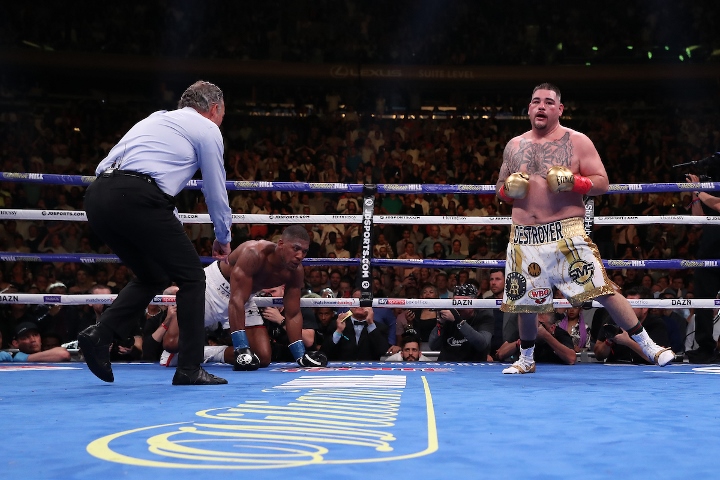 Wilder rejects any talk of Ruiz landing a lucky punch in the third round of the fight.

Joshua had dropped Ruiz in the third, but then he got clipped with a counter-hook as he tried to close the show. He never recovered from that shot and was dropped twice in the same round.

"There's no way [Ruiz Jr.] can be a lucky puncher," Wilder said. "This man landed multiple times, that's a lot of lucky punches."

Wilder knows about rematches. He knocked out Luis Ortiz in seven rounds after stopping him in ten rounds the first time around. And he blew away Bermane Stiverne in a single round, after going the distance with him in the first bout.

He feels Ruiz is going to have a big mental edge in the bout.

"We're in a dangerous sport," Wilder said. "Somebody's gonna get knocked out and you just hope it's not gonna be you."

[QUOTE=Ake-Dawg;20230405]Just recently he said he wasn't considering Wilder, even if he won.[/QUOTE] Where? Because he keeps saying he wants Wilder from what I've seen. If i was him I'd fight Fury first then Wilder. Because Fury is an easier fight.…

Wishful thinking!! That’s all that is!! AJ is gonna smash Ruiz!!

[QUOTE=Roberto Vasquez;20229681]I've seen him say he wants Wilder load of times. Wilder wants it now too Ruiz exposed AJ. Before he wanted it in 2020![/QUOTE] Just recently he said he wasn't considering Wilder, even if he won.

[QUOTE=Ake-Dawg;20229326]Maybe so...but for now...there is too much on tape straight out of Joshua's mouth to conclude that he wants to fight Wilder now or the near future.[/QUOTE] I've seen him say he wants Wilder load of times. Wilder wants it…