Whyte Waiting on WBC To Make Decision on His Title Shot

Whyte, based on holding a number 1 ranking under the WBC, believes he was passed over by the sanctioning body - as they ordered WBC heavyweight champion Deontay Wilder to make a mandatory defense against Dominic Breazeale.

“It was an amicable chat,” Whyte told Express Sport. “He’s the president. I speak my point, he speaks his point, and then we just come up with some sort of plan. We were meant to have something in place on Friday, but they’re late. I’m not surprised by that, so we’ll see what happens.” 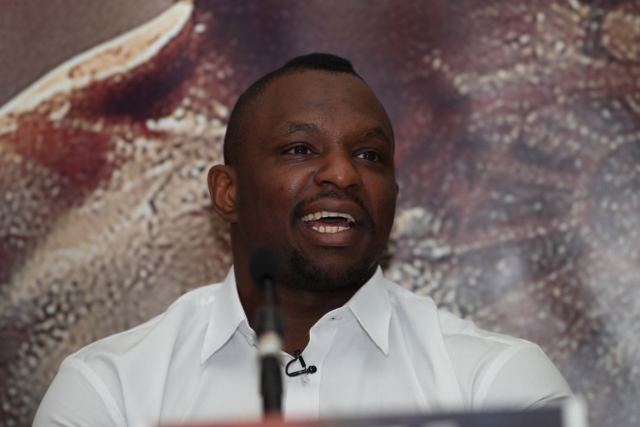 Initially, the WBC ordered Whyte and Breazeale to fight in a final eliminator, with the WBC interim-belt at stake.

But when Wilder was unable to move forward with a rematch against Tyson Fury, the sanctioning body ordered Breazeale to get the shot.

Whyte is scheduled to return on July 13 at the O2 Arena in London.

At the moment nobody has been secured as the opponent.

Whyte is a bit frustrated with series of events in his career.

He wants the WBC to make him the mandatory challenger to Wilder vs. Breazeale, taking place on May 18th.

“My next fight [event] is arranged, now I’m just looking for an opponent,” Whyte said..

“Breazeale is number four, he’s done nothing, so why is he the mandatory? How can he be the mandatory? It’s boxing, it’s politics. A lot of things happen in boxing, you can’t cry about it. You can only crack on and do the best you can. I have a great team who are constantly working behind the scenes, turning the screws.”

lets get Ortiz at the 02

[QUOTE=daggum;19643825]its too bad wilder is a simpleton and doesn't think about things like this. haymon is so cunning he probably planted his own yes men in wilders inner circle so that they reinforce haymons dominance over him and tell him…

[QUOTE=PotentialToast;19644066]If I would offer the winner of Whyte v Wilder 50%, but Wilder 30% if he wants to fight first and avoid Whyte. Sort out Wilder's bull**** as there is no way he will forego an AJ pay day if…