Tyson, 53-years-old and inactive since 2005, has been looking to return to the ring in a few exhibitions to raise money for charity.

WBC world champion Tyson Fury recently revealed that he was approached about a potential exhibition fight with Tyson. Fury agreed to take it, but never heard anything further after that initial call. 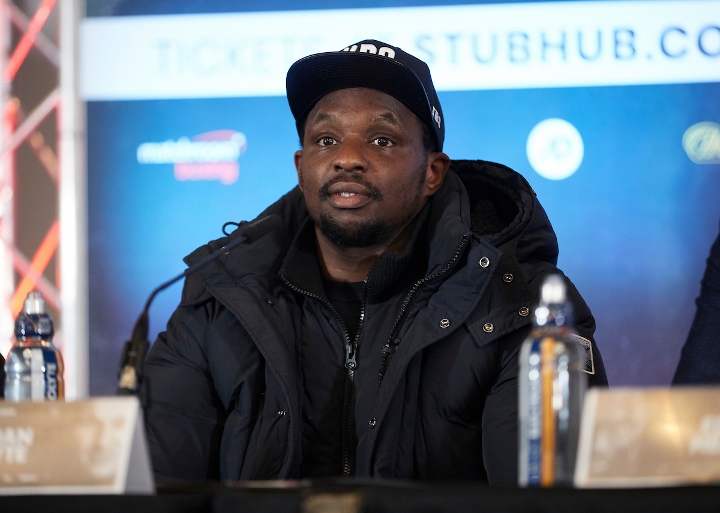 Sulaiman has already made it clear that his organization would be willing to rank Tyson if he decided to re-enter the sport.

He further stated, that if Tyson passed his medicals, got licensed, and beat the right opponents - his organization would sanction him in a world title fight.

"I am very excited, very happy. He has brought great positive attention to the sport. Why? Because Mike Tyson is a hero and an icon", Sulaiman told Boxing Social.

"I am supporting it 100 percent and if someone wants to say he wants to fight for the title, I will say he will and the WBC will be there!"

Fury is scheduled to defend the title against Deontay Wilder in a trilogy fight by the end of the year.

Whyte has been chasing a world title fight for several years. He currently holds the WBC's interim-title and is listed as the organization's mandatory challenger. Whyte is due a world title fight, per a WBC order, by February of 2021.

"It’s silly [to discuss Tyson in a title fight]. If they can’t sanction a fight with me for three years, why the hell are they going to sanction a fight with a 53-year-old man and a 31-year-old man? It makes no sense. That’s silly. Mauricio and I are cool, but it’s a very silly thing to say. He shouldn’t be encouraging it. What if he comes back and dies in the ring? What’s going to happen then?," Whyte told Talk Sport.

"We’ve already got enough darkness and enough mud thrown on the sport as it is, we don’t need any more. It’s all good watching someone do a one-minute clip on Instagram. Getting back in the ring and fighting 12 three-minute rounds… don’t get me wrong he’s probably still got the power to chin a lot of guys, but at that age your mind tells you stuff when your eyes see stuff but your body won’t allow you to do it."

[QUOTE=kushking;20588561]Tyson is FAR more deserving of being allowed to fight than this disgraced fat tītted Needlejuice Shyte the 2x caught roid fiend 💉 :booty:,it takes some nerve to complain about Sulaiman letting a clean fighter fight while having been let…

[QUOTE=kushking;20588551]What's truly silly & downright disgusting is the amount Shyte has been running his manpleaser ever since getting let off for blatantly cheating in multiple ways & roiding; especially considering he didn't say 1 single word to defend himself the…

I wouldn't be shocked by whatever the corrupt WBC chairman does, am glad Tyson is fit and looking well, exhibitions? Yes absolutely but to be talking about sanctioning or ranking him is just plain ******ed. This are the encouragement that…

WBC Guy is going to put Mike Tyson in the mando spot when Mike makes his next workout video.