Whyte: I Saw Klitschko Knock Wilder Out Cold in Sparring!

Whyte, who holds the WBC's interim-title and is currently the mandatory challenger to the belt, claims that he witnessed Wladimir Klitschko drilling Wilder completely unconscious during a sparring session in training camp.

Klitschko, who ruled the heavyweight division for a decade and eventually retired in 2017 after back to back defeats, had used Wilder, Whyte and unified champion Anthony Joshua as sparring partners. 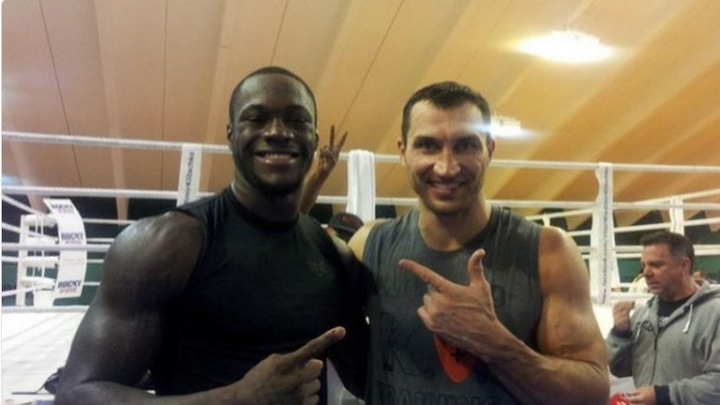 Whyte states that he got sent home from the camp after getting very rough with Klitschko during a sparring session.

"I was just trying to learn, and then I saw him knocking people out. I was thinking 'you ain't f--king knocking me out.' I went in there and I went after him," Whyte explained to Sky Sports.

"He broke Sexton's nose. I said 'nah. Woah, you're not knocking me out. I'm coming'. I went in there and started roughing him up and having a proper fight with him. I got sent home for that."

One of the boxers that Whyte claims to have seen get knocked out cold by Klitschko, is the unbeaten Wilder.

"I've seen him getting knocked out," said Whyte. "Wladimir knocked him out.

"He knew what happened. He had his hands up. He was roughing Wlad up, bringing the smoke, and he was going wild. Wlad backs up, changes his footwork, feinting, feinting, jabs to the body, throws that feint jab, left hook. Wilder had his hands up, he was gone.

"It wasn't no knockdown, he was knocked cold. Properly twitching as well. That's why they probably didn't want him to fight Wlad, because Wlad was going to fight him as a pro and Wilder never fancied it the whole time."

Wilder is scheduled to face Tyson Fury on February 22 at MGM Grand in Las Vegas. The winner has to face Whyte by February of 2021.

[QUOTE=LacedUp;20324666]Andy Lee literally said it on BoxNation 5 years ago.[/QUOTE] If he said that he knocked him out cold, i'll kiss your ♤ss. Prove it

[QUOTE=Boxing Goat;20322187]This info has not been released before anywhere. Only that Wlad got the better of Wilder. There was nothing about him being spark knocked out[/QUOTE] Andy Lee literally said it on BoxNation 5 years ago.