White Says 50 Cent Got The Ball Rolling on Mayweather-McGregor

The bout became the second most lucrative pay-per-view event in history with over 4 million buys.

In a fight that nobody thought would ever happen, Mayweather came out of retirement to stop McGregor in the tenth round at the T-Mobile Arena in Las Vegas. 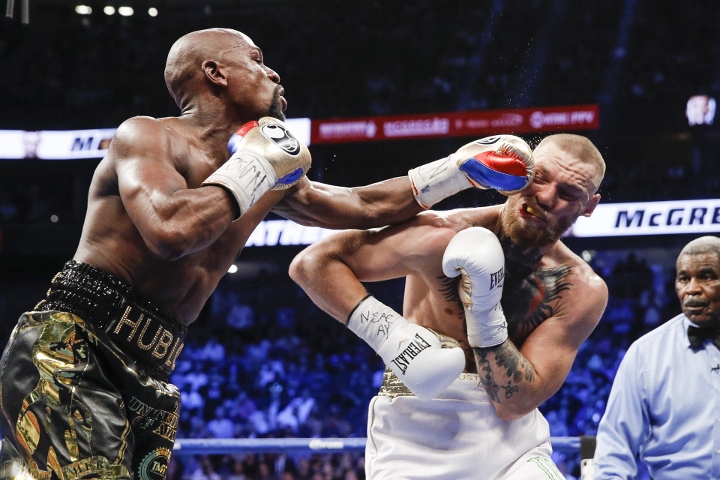 White admits that he never thought the idea of that contest would come off - but then the demand for it became so massive that he had to make the fight.

"I felt the demand for McGregor vs Mayweather, felt it, I knew it would be big, so we started talking," White told ESPN . “I bumped into 50 Cent in New York, and he said, ‘Floyd wants to fight your boy.’ I said, ‘My boy who?’

“He's like, ‘The Irish kid.’ And I'm like, ‘He'll kill him,’ because I'm thinking MMA. He said, ‘We'll box him.’ I said, ‘You guys are crazy.’ He said, ‘He's serious. I'll call him right now.’ And then that's how it all really got started. And then everywhere I went, it was all anybody asked me about. Then once I started to really feel it, that's when I started to take it serious, and I made an offer.”

Mayweather is now in talks with White, with the two of them possibly coming together for some event in November - where Mayweather could once again compete in the ring, but there is no telling if it's actually going to be a sanctioned fight.

"We both started talking. The easiest way to explain it to you is Floyd and I both feel that we add value to each other, and we're going to figure something out. Some things have to play out, and then I'm going to start talking to [Mayweather's advisor Al] Haymon maybe this summer and then I'll have something for Floyd in the fall. We can do some crossover stuff here, or we can do something in boxing,' White said.

[QUOTE=giant_king;20300014]Thats true.but he has other businesses that he promotes that are doing pretty good.The only thing I don't like about him is that he throws his own people under the bus just for publicity and exposure.now that's what you call…

[QUOTE=j.razor;20306454]Originally Posted by HitmanTommy Not really... [B]He lied about making 400 million[/B] off vitamin water when he actually made 40 million. hitman tommy lied too, it was 100 after taxes :burnout:[/QUOTE] ———— There’s too many jealous people on the planet.…

[QUOTE=BillyBoxing;20300594]I'm more amazed by people "dumbness" to by such PPV than the genius side of the marketers;[/QUOTE] Like the "dumbness" of people saying pvssy-g is great? :lol1: