Anthony Joshua’s next two fights will take place at Wembley Stadium in London.

Promoter Eddie Hearn announced Thursday that the unbeaten British superstar will return to that iconic venue September 22. Hearn didn’t announce Joshua’s opponent for September 22, but Joshua (21-0, 20 KOs) is expected to make a mandatory defense of his WBA heavyweight title that night against Alexander Povetkin (34-1, 24 KOs).

The Joshua-Povetkin bout likely will be made official next week. 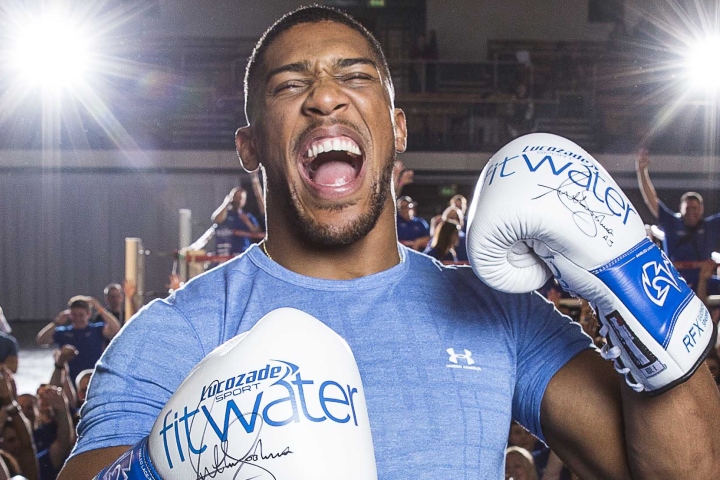 Wembley Stadium also will be the site for Joshua’s following fight, tentatively scheduled for April 13. Hearn has mentioned that he wants Joshua, who owns the IBF, IBO, WBA and WBO titles, to battle WBC champ Deontay Wilder (40-0, 39 KOs) on April 13 in a much-anticipated heavyweight title unification fight.

Principality Stadium in Cardiff, Wales, has been the site for each of Joshua’s past two fights. Both of those victories over Carlos Takam and Joseph Parker helped attract crowds in excess of 75,000 to that stadium in the Welsh capital.

“I’m a returning to Wembley after two mega-fights in Cardiff,” Joshua said in a press release. “I want to thank the supporters from Wales and Great Britain, and also the people of London for patiently awaiting my return. Being North London-born and raised, it is in my blood. The opportunity to fight in such an iconic stadium is normally a once-in-a-career opportunity, so being given the chance to fight there again is amazing. Wembley just added a fourth lion to the den.”

The 28-year-old Joshua’s first fight at Wembley Stadium – an unforgettable slugfest against Wladimir Klitschko – attracted a capacity crowd of roughly 90,000 to Wembley Stadium in April 2017. Joshua dropped Klitschko in the fifth round, recovered from a sixth-round knockdown and floored Klitschko twice more on his way to an 11th-round technical knockout win.

Joshua-Wilder would fill Wembley Stadium, too, but Joshua has proven he can pack huge venues for lower-profile fights.

“I’m extremely honored to get the opportunity to promote two more shows at the national stadium,” Hearn said, “and delighted for British fight fans that Anthony has made this commitment to them. I don’t think anyone will ever forget that night of April 29 against Klitschko, and we plan to bring two more dramatic events to Wembley Stadium in September and April. Images from these AJ events make our country the envy of the boxing world and long may it continue.”

[QUOTE=The plunger man;18919937]every fighter that fights in another country besides there's has to fight under that governing bodies rules...Lewis has to when he faced Holyfield ..pacquiao had to when he faced mayweather...that's the rules I'm afraid and if wilder don't…

[QUOTE=uppercut510;18919128]so you are saying wilder should sign that contract with those terms yes or no[/QUOTE] every fighter that fights in another country besides there's has to fight under that governing bodies rules...Lewis has to when he faced Holyfield ..pacquiao had…

[QUOTE=OldTerry;18919227]Thank you for the clarification. Another poster had indicated that the choice of referee was up to the British Boxing Commission.[/QUOTE] They BBBoC appoint the officials, just as, if the fight had been in Vegas, the officials would be appointed…

[QUOTE=uppercut510;18919198]While Joshua was initially skeptical of the high offer, Hearn confirmed that it's legitimate and the money is there. Even with $50 million on the table, Joshua is willing to make less money in order to face Wilder in the…