ESPN will televise the scheduled 12-round bout between Prograis (21-0, 18 KO) and Velasco (20-0, 12 KOs) for Prograis’ WBC interim super lightweight title. 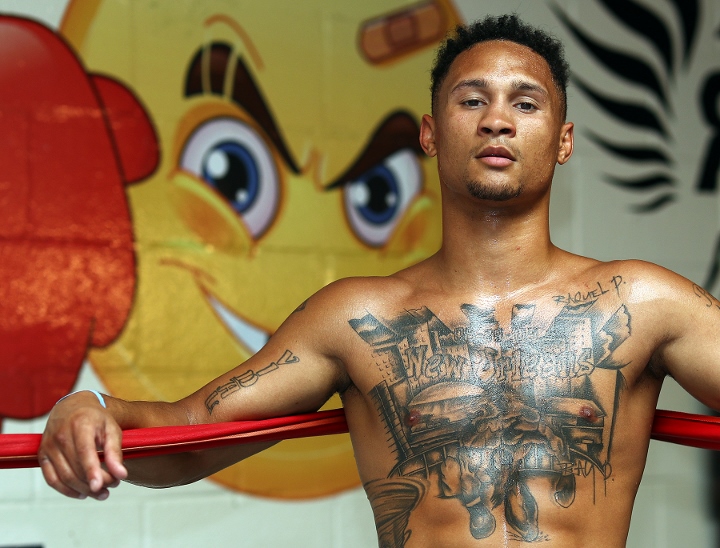 “My biggest asset is my hunger to be the best,” Prograis said in a press release issued by the WBSS on Tuesday. “I have a chip on my shoulder and I want to prove to everybody I am the best at 140 pounds.

“I’m definitely excited to enter the tournament. This is great for boxing. The best fighting the best.”

Velasco, 31, will take a big step up in competition when he challenges the 29-year-old Prograis. The unknown underdog is confident, though, that he’ll pull off an upset to earn his spot in the WBSS tournament.

“It’s a great honor and I look forward to competing for the Muhammad Ali trophy and winning the whole thing,” Velasco said. “I think the format is set up well. The best fight the best in the World Boxing Super Series to determine one champ. Great!”

[QUOTE=filup79;18912325]Arum didn't allow the other Ramirez to enter at 168 what makes you think he lets this Ramirez. Arum gotta milk their titles fighting no hopers.[/QUOTE] Hopefully the wbc orders the fight against Taylor and forces his hand.

[QUOTE=Corelone;18912232]If he signs anything with Hearn, he's crazy.[/QUOTE] Why would he sign with Hearn when he's promoted by DiBella?

[QUOTE=Fabes88;18911655]If Jose Ramirez doesn’t enter he’s a coward.[/QUOTE] Arum didn't allow the other Ramirez to enter at 168 what makes you think he lets this Ramirez. Arum gotta milk their titles fighting no hopers.

[QUOTE=KhaosKX;18911635]Prograis the man that is about to win it all.[/QUOTE] If he signs anything with Hearn, he's crazy.

Prograis vs Taylor is mouthwatering... Having a tough time believing McBarry will let it happen though.