Ruiz lost his WBO, WBA, IBO, IBF heavyweight titles when he was easily outboxed over twelve rounds by Anthony Joshua.

Ruiz was a huge underdog in the first bout back June, when he dropped Joshua four times to secure a seventh round stoppage. 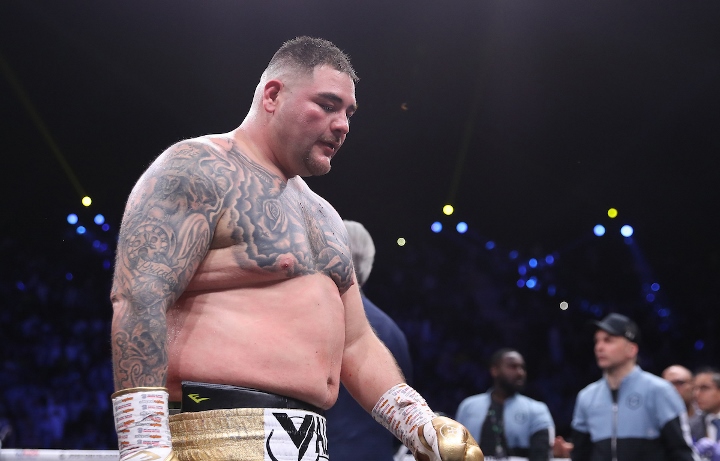 Ruiz entered the ring in poor physical condition, as he weighed 283-pounds.

He admitted afterwards that he partied for three months and started training camp way too late.

Sulaiman has seen this happens to other fighters who it big in the past.

"The questions were, 'what is going to happen?' Is it going to be Buster Douglas that knocked out [Mike] Tyson and then ate everything to get to a fight against Holyfield without any chance of winning? Or is he going to be the champion who gets a knock out and who understands the greatness of the position he is in and can make a legendary career?,” Sulaiman said.

“This has happened on many occasions. He (Ruiz) comes in from having many problems in life [back in June], and conquers glory. With that comes money, fame, temptations. He could never establish a plan of work in the gym, he was taken from city to city, from event to event. The distractions were such that they led him to a scandalous weight, with a clear disadvantage at the time the bell rang.. in mobility, in resistance, and Joshua was very intelligent, he used his weapons, such as height, distance, the jab, the movement.

"It was a fight that did not meet the drama that the public expected, but fulfilled a clear demonstration of Joshua's superiority that night."

[QUOTE=Bandman;20249627]Naw FOH. mexico claimed him when he beat AJ. "the first mexican heavyweight champ" . keep the same energy[/QUOTE] Trump literally congratulated him referring him as AMERICAN in capitals. All yours. p.s. who's that on your signature?

[QUOTE=Johnny_Roa;20247533]the U.S That Fatass ain't mexican. He was born and raised in the US and he lives and trains there. Everybody just wants to be mexican because of $[/QUOTE] Naw FOH. mexico claimed him when he beat AJ. "the first…

I thought he had aj’s number but he was busy stuffing his face with tacos instead of training. Watching this fat pig get outboxed by the robotic aj was outright comical!

[QUOTE=FairPlay;20248784]I don't think that Sulaiman has the right to give anybody sh-t about being fat.[/QUOTE] Any Fat Or overweight fan can give Ruiz the Prof boxer all the sht they want too

[QUOTE=Corelone;20248167]Has Mauricio looked in a mirror lately? Andy looked like crap, but Mauricio is no slim Jim. Andy was outboxed by a "genius", Mauricio gets led around by the nose for Hearn or Canelo. His pandering is no great performance…