WBC Prez: Andy Ruiz Was a Victim of The Circumstances

Last Saturday night in Saudi Arabia, Joshua got revenge when he outboxed Ruiz over twelve rounds to reclaim his world titles.

Ruiz was in poor physical condition for the fight, after weighing 283-pounds at the official weigh-in. 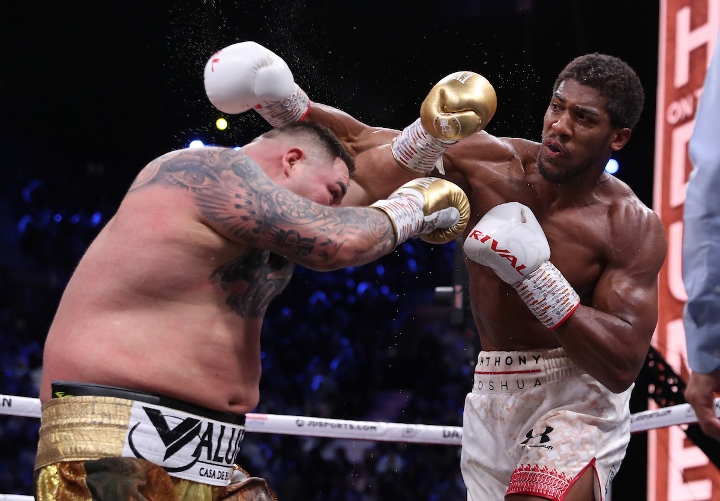 After the fight, Ruiz admitted that he partied for three months and started training camp very late - because he expected Joshua to get stopped again.

On the other end, Joshua was in the best shape of his career and executed his game plan to perfection.

Ruiz would like to secure a trilogy fight, but it's not likely to happen - at least any time soon - given the one-sided nature of the rematch and the numerous mandatory obligations that Joshua has to contender with.

"He was a victim of the circumstances. He gave a big surprise with the worldwide impact [of his victory] in June and unfortunately he could not carry out an adequate, dignified, respectful preparation, for the sport and for himself, in this rematch, and the result was evident," Sulaiman said.

"But that's the way it is boxing. It is a difficult situation to blame the human being who had nothing and suddenly becomes a millionaire, a celebrity; a series of opportunists arrived and took him away from the normal plan, which was to prepare for the fight, and unfortunately this was the result; I wish him good luck and hopefully this will serve as a lesson. I hope he finds his new life in the gym or just lives with the memory of what he achieved."

So WBC bigging Ruiz up (pun intended)... hmm wonder what they might have planned for him?

[QUOTE=doom_specialist;20250623]Definitely agree with the sentiment, but nobody should have known what was at stake more than Ruiz. It's hard to blame him for becoming a somebody overnight and not knowing how to handle it, but it's unfortunately not an excuse…

Interesting that Sulaiman is covering for Ruiz throwing the rematch. He really wants some of those Joshua sanctioning fees doesn't he.

[QUOTE=Kezzer;20250733]I listened to a. Interview with Hunter who sparred Ruiz during training camp earlier today. The impression I get is that this excuse was really just his way of giving a reason for a loss rather than evidence that he…

[QUOTE=Corelone;20251174]Andy travels bad, Hearn picked up on that, we all did. That was a Parker imitation, AJ copied him. Andy, the Beluga, caused him to look slightly better.[/QUOTE] That is a super lame excuse. Joshua is the one who lost…