Shishkin (8-0, 5 KOs) is a fast-rising 168-pound prospect from Russia who has secured a top-10 rating in the WBC and top-15 position in the WBA in just eight fights. The 27-year-old will make his U.S. and national television debut in a 10-round showdown with Ware (13-1-2, 8 KOs), an all-action fighter who is coming off a career-best win over then-undefeated Ronald Ellis in February on ShoBox.

The outdoor event is promoted by Salita Promotions in association with Tony Holden Productions. 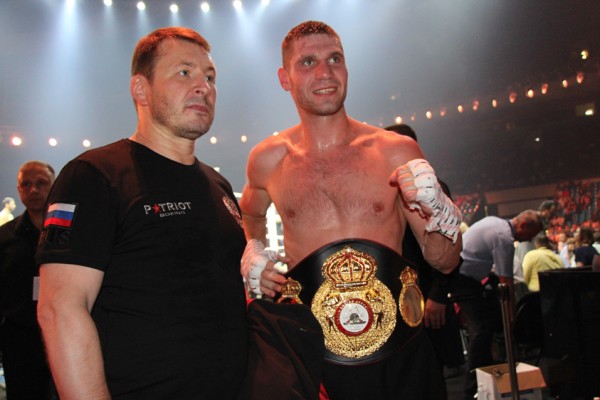 “Vladimir Shishkin, after only eight professional fights, is the best new face in the super middleweight division,” said promoter Dmitriy Salita.  “He is facing a very tough, skilled and accomplished DeAndre Ware in what I expect will be a very competitive fight and the type of test Vladimir needs to show his world-class abilities.”

The 6-foot-1 Shishkin was a standout amateur in Russia, compiling 301 wins in 330 fights before turning professional in 2016.  He has won his last three contests – all scheduled 10 or 12 round fights –via knockout, including a career-best 10th round TKO of former world title challenger Nadjib Mohammedi in his last bout in October of 2018.  Now aligned with Salita and training in Detroit under Javan “Sugar” Hill Steward at the new Kronk Gym, Shishkin looks to make a statement in his U.S. debut and prove he has what it takes to compete in the wide open super middleweight division.

“I can’t wait to get in the ring and show the U.S. fans what I am all about,” said Shishkin.  “DeAndre Ware is strong and spirited, but not technically equipped to handle me.  I know that I may be unknown to a lot of fans in America, but on August 23 I’ll win them over with my skills, power and exciting style.”

The 31-year-old Ware will look to hand another undefeated fighter his first professional defeat on ShoBox. The Toledo native was the aggressor against the favored Ellis last February, winning via majority decision to make Ellis the 185th fighter to lose their unbeaten record on the long-running series.  A 2013 National Golden Gloves Bronze Medalist, Ellis also owns a win over 2012 Olympian and previously undefeated prospect Enrique Collazo.  A former collegiate football player at the University of Toledo, Ware works fulltime as a firefighter in his hometown of Toledo and expects to use similar tactics from his victory over Ellis.

“Shishkin is a good fighter, I respect him just like any fighter that steps in the ring with me, but when the fight starts he’ll be another obstacle in my way,” Ware said.  “Fans can expect nothing but excitement come fight night.  As you saw in the Ellis fight, I’m here to win and I’m here to fight.  ShoBox has given me the opportunity to showcase my talent multiple times and now I have these titles to show for it.  I look forward to putting my talents on display once again as I work towards my first world title shot.”

The full televised undercard will be announced in the near future.