Viktor Postol Plans To Remain at 140, Aims To Get The Big Fights

Despite the fact he only had one fight in 2016 which happened to be a clean unanimous decision loss, Viktor Postol (28-1, 12 KOs) is still one of the top dogs in the super lightweight division.

That defeat came at the hands of Terence Crawford, who many regard as one of the best pound-for-pound boxers in the sport. They fought in a WBC/WBO junior welterweight unification in July - with Crawford's boxing ability dominating the twelve round match.

We haven’t heard too much about Postol since he suffered that loss. BoxingScene.com spoke to his manager, Vadim Kornilov. 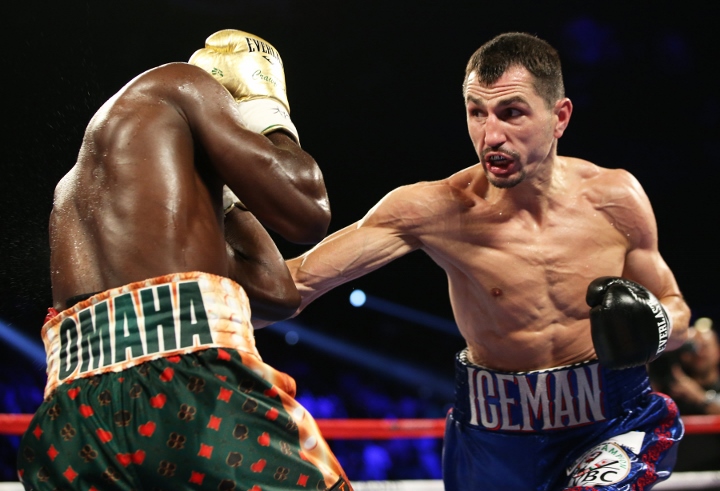 "We are open to fight anybody! Postol is still co-promoted by Top Rank and Elite Boxing Promotions, and we are waiting for an offer for the next fight,” Kornilov said.

"Postol never said 'no' to any fight, that's how we got into the Crawford fight. The money Postol was paid was not HBO Pay-Per-View level, we wanted the fight because we wanted the challenge.”

The manager thinks it is important to give the fans the fights they want to see. He also expressed his thoughts about how boxing needs to improve certain standards to remain competitive.

"I always try to support the idea that the best should fight the best in the sport, and I try to do this with most of my fighters. We have done the same with Ruslan [Provodnikov], with Dennis Lebedev, with Postol, and I think that people appreciate it,” Kornilov said.

"The way to save the sport is to fix the judging system and fix the overall matchmaking part of boxing. UFC is successful because the way they match fighters is easy to understand for the fans. We are doing all this for the fans and have to make sure we accommodate them first and not our own interests. When the fans don't see the best fighting the best or they see the wrong guy get a decision - they turn away and go watch something else. I hope that we can create an alliance with the people in boxing that still care about the future of the sport and make some changes.”

"I think it is possible. Viktor knocked Matthysse out live on HBO World Championship Boxing. He did well against possibly the best fighter in the division in Terence Crawford live on HBO Pay Per View. He is a great fighter. I think as much as people are afraid of him, there are fighters that need to prove themselves worthy to be on TV and beat a guy like Postol,” Kornilov said.

And what if no fighter is willing to risk his reputation against the crafty Ukrainian? Would he move up in weight and challenge the best at 147?

"It is an option, but not our priority. He [Postol] feels great at 140,” Kornilov said.

I think he beats Broner. That would be a good fight.

[QUOTE=Redd Foxx;17308763]Shame the way people have abandoned him over that loss.[/QUOTE] Before TC fight, it was more amusing to watch how people was overhyping this guy ONLY and solely because of 1 good win over Matthysse where he was an…

They would have to sit down and negotiate with me, that's the only way I would watch Postal fight again...

[QUOTE=Kigali;17309523]Broner has a better resume most of the fighters you like...and he's younger.[/QUOTE] Like who?? Who's he beat you hypejob and it's funny you think you know my favorite fighters lol who are they?