Former welterweight champion Victor Ortiz was among the many that was impressed with Manny Pacquiao's split decision victory over Keith Thurman in Las Vegas on July 20th.

The 40-year-old Pacquiao dropped Thurman in the first round. Later on he bloodied his nose and had him in trouble after hitting him with a big body shot.  To his credit, Thurman battled back and landed some big shot punches of his own to make the fight close. 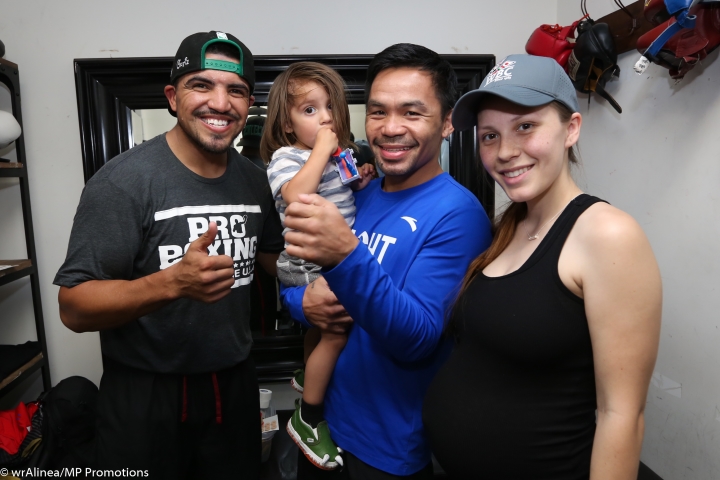 While Pacquiao is no stranger to big pay-per-view fights and all of the obligations that come with it, this was Thurman's first time performing on such a big platform.

Ortiz faced Floyd Mayweather in 2011 at the same venue and said that there is definitely a difference when you move up to the biggest fights possible.

"It had to be a big factor, especially with the big stage.  There are levels and I have been on the big stage. I know a thing or two about this," Ortiz stated.

The Southern California native has had some legal issues that he is working on getting cleared up and because of those issues he hasn't been in the ring since his February, 17th, 2018 draw against Devon Alexander.

He said that he couldn't reveal any details but that the fans can expect him back in the ring before the end of the year.

"I will be back in a couple months. I can't really say who or what right now but stay tuned," said Ortiz.

[QUOTE=Marvlus Marv;19952094]There's no quit in Victor. Oh actually... :eek:[/QUOTE] Vicious kok svcking Ortiz....he and Amir the Qveerkhan.. Fighting in high heels, stocking, in a no holds barred kok fest.. Butler and spoon23 jerking each other in slow motion..

Or he don't fight dirty any damn more

[QUOTE=MASTERBX;19953543][B]Victor Ortiz charged with raping a woman in Oxnard[/B] Ortiz, 31, of Tarzana, is charged with forcible rape, forcible oral copulation and penetration by a foreign object. He has not entered a plea, according to Ventura County Superior Court records.…

[B]Victor Ortiz charged with raping a woman in Oxnard[/B] Ortiz, 31, of Tarzana, is charged with forcible rape, forcible oral copulation and penetration by a foreign object. He has not entered a plea, according to Ventura County Superior Court records.…

[QUOTE=lowblows420;19953044]I could see Ortiz knock the sht outta Spence[/QUOTE]I could envision that happening too. Victor knocks down everyone he fights.